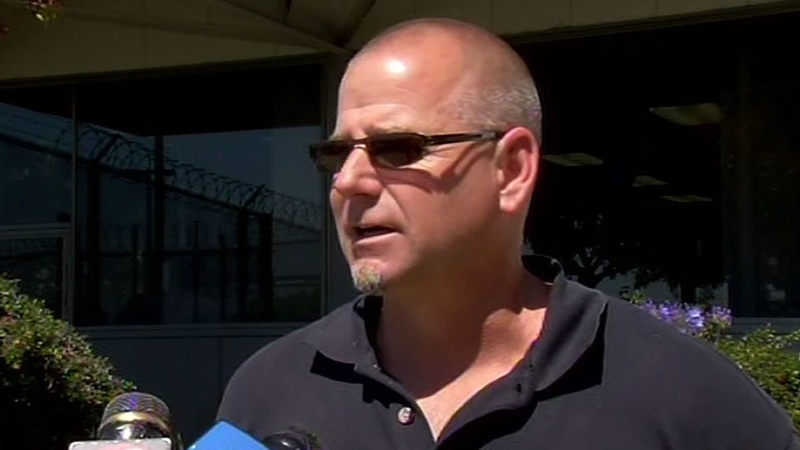 MILPITAS, Calif. (KGO) -- An alert bus driver in the East Bay helped save a young boy who was kidnapped by a stranger. Police are calling the bus driver a true hero.

Around 10:40 a.m. Friday, a 3-year-old boy was at the Milpitas Public Library with his mother when he was abducted. Officers quickly responded, closing the library to incoming and outgoing traffic. Neighboring agencies, along with VTA bus drivers, were told to be on the lookout.

It appears 23-year-old Alfonso David Edington of Pittsburg, who kidnapped the child, was trying to slip away on a BART train just before police nabbed him.

VTA bus driver Tim Watson heard the alert that a child had been abducted. He thought a passenger with a crying boy fit the description so he pulled over and pretended to look for a lost backpack.

"What I'm really trying to do is to get up without him knowing to look at the little boy. So sure enough, I see the plaid shorts and red shoes. That's what really stuck out in my mind," Watson said.

He quickly radioed police. He says Edington began to get off the bus with the boy at the Fremont BART station, but police were waiting.

"So I open my door one slowly, giving them time to get prepped and ready to go. I open up door two, the gentleman walks out calm, cool, collected as can be and they take him down on the spot."

Watson says he and his colleagues are trained to be aware of situations just like this.

There was an emotional reunion with the boy and his parents at Milpitas police headquarters. That's when it began to sink in.

"And that's when my own kids came to mind and I just broke down. I couldn't hold myself down. I just had to go inside the bus and reflect," Watson said.

As you can imagine, the parents of the child were too emotionally shaken to speak publicly. However, they said were thankful to the police and a bus driver who rescued their child.

Police say the suspect has no connections to the family and they want to know what his intentions were when he snatched the boy from the children's section of the library. The suspect is being held by Milpitas police and charges have not been filed.

*UPDATE Re: Missing Juvenile* The juvenile has been LOCATED. Our investigation is still ongoing. #MilpitasPD PIO will handle press inquiries

#CONTINUED: Susp + victim boarded VTA bus. Alert driver noticed them, after being told to be on the lookout + then drove to #Fremont #BART.

#MORE: @MilpitasPD chief tells me 3 yo boy was abducted earlier, but found safe in #Fremont. pic.twitter.com/l0gZ2ZwBv5