KGO
By Lyanne Melendez
SAN FRANCISCO (KGO) -- An unbelievable accident closed off parts of California and Montgomery streets in San Francisco's Financial District Friday morning. A window washer fell from an 11th story building, landing on a moving car below. The victim survived but is in critical condition. It's hard to believe the driver of that car was not hurt.

The window washer fell from the roof and landed on a Toyota Camry. All but the driver's area was caved in. The driver, Mohammad Al Cozai, narrowly escaped being critically injured.

"As soon as I made my left turn, then I saw something hit my car very hard. The impact was really hard. I didn't know what it is," said Mohammad Al Cozai of Dublin.

After landing on the car, the window washer fell onto the street. Witnesses ran to help. 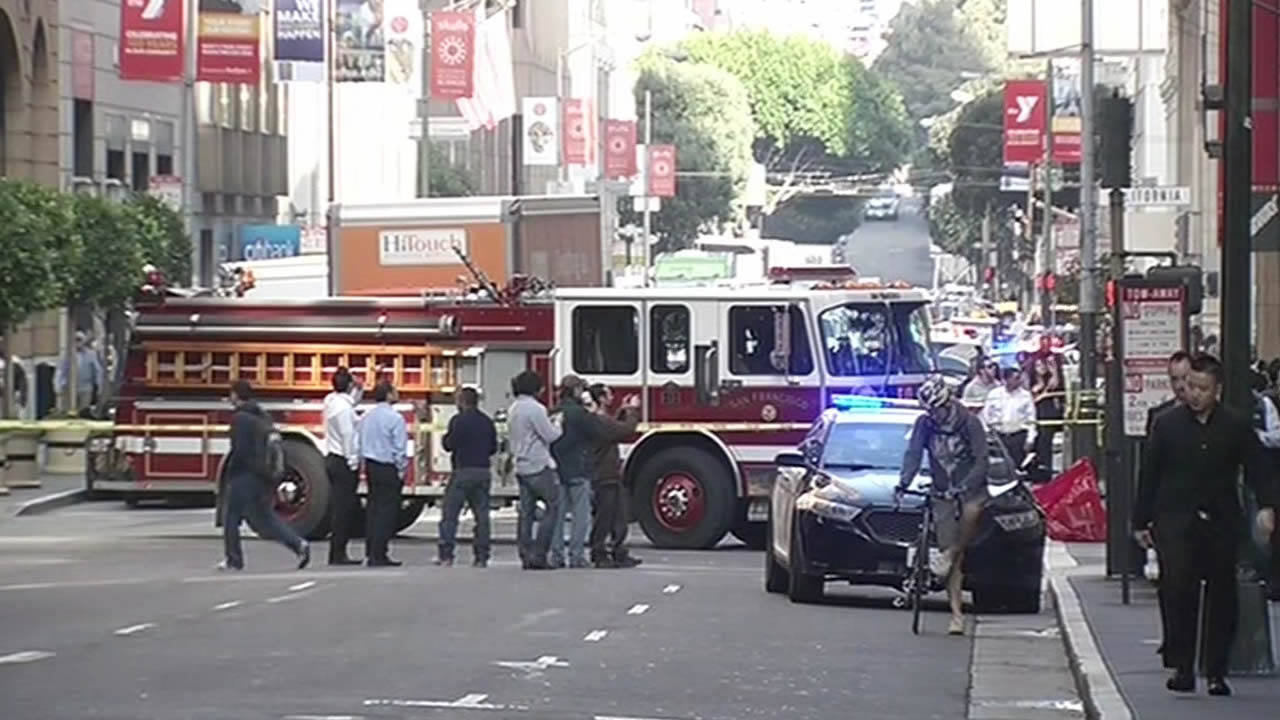 Witness describes window washer's fall
A window washer who fell 60 feet from a San Francisco high rise and the driver of the car he fell on, both survived a brush with death.

"I am a pre-med student, I said go get towels right now. He was unconscious and he is bleeding from the ears," said witness Bianca Bahman.

Cal/OSHA spokeswoman Julia Bernstein said the man suffered a broken arm and injuries to his side.

"I took off my jacket, I put it over him and I just started to direct traffic. I don't know anything about medical, so I did what I could," said witness Jess Cathcart.

The thud of the body onto the car and the shattering of the glass was what was, I guess shocking," said witness Sam Hartwell.

The man, an employee of Redwood City-based Century Window Cleaning. The federal Occupational Safety and Health Administration cited the company for safety violations four times in 2008, including one serious violation that resulted in a $6,740 penalty, according to the agency's website. The case was eventually settled, and the penalty was reduced to $2,720, Bernstein said.

"He was working on the 11th floor setting up the apparatus and there was some type of accident and one individual fell off the window washing apparatus," said San Francisco Police Lt. Edward Del Carlo.

The victim may have slipped as he was adjusting the cables of this rig. He apparently had not clipped himself onto the safety line.

"We figured out who he was by the equipment he was wearing. He had a safety harness on and what not. He was wearing a harness," said witness Pat Walter.

The window washer was rushed to the hospital.

Driver of car that window washer fell on is not hurt. Window washer rushed to hospital. This is roof he fell from. pic.twitter.com/2HwB7LqTXq

Al Cazai's wife Wahida Noorzad came to pick him up. They both can't believe he was not hurt.

"I am just blessed that I have him alive standing here next to me," said Noorzad.

"I'm happy I didn't get hurt and I'm happy that he is ok. Hopefully he can make it. I am praying that he can make," said Al Cazai.