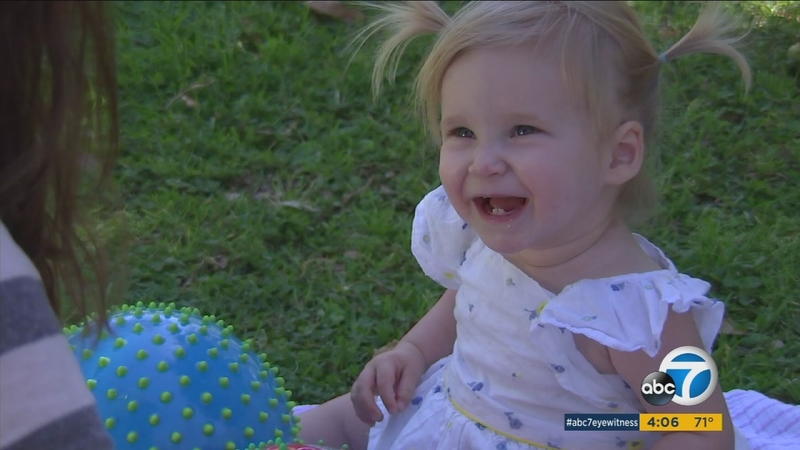 LOS ANGELES -- Most kids set up a lemonade stand to raise money for a new toy or bike, but 4-year-old Emily McGlocklin is raising money to help her sister who is battling a rare disorder.

"Eventually the muscles get stiff and the patients are unable to walk. Speech becomes extremely difficult and eventually they do die from their condition," said Dr. Patricia Dickson, chief of medical genetics at Harbor UCLA Medical Center.

The diagnosis for the incurable disease nearly crippled the McGlocklin family. Father Paul McGlocklin said his daughter is a happy, active and friendly child.

"To hear those words and know that something is wrong with her - it's devastating. It's something you just don't want to think about," he said.

But they found strength in fundraising for a clinical treatment that could slow the progression of the disorder.

Through many events, the family has raised more than $50,000 for Hope for Marian in just one month. Genetic researchers said this type of family-driven funding is what pushes science forward.

"The partnership of families and science is something that is really valuable and has pushed the field forward far faster than it otherwise would have gone," Dickson said.

Sara said she hopes Marian is either the last child to die from the disease or the first one to survive it.