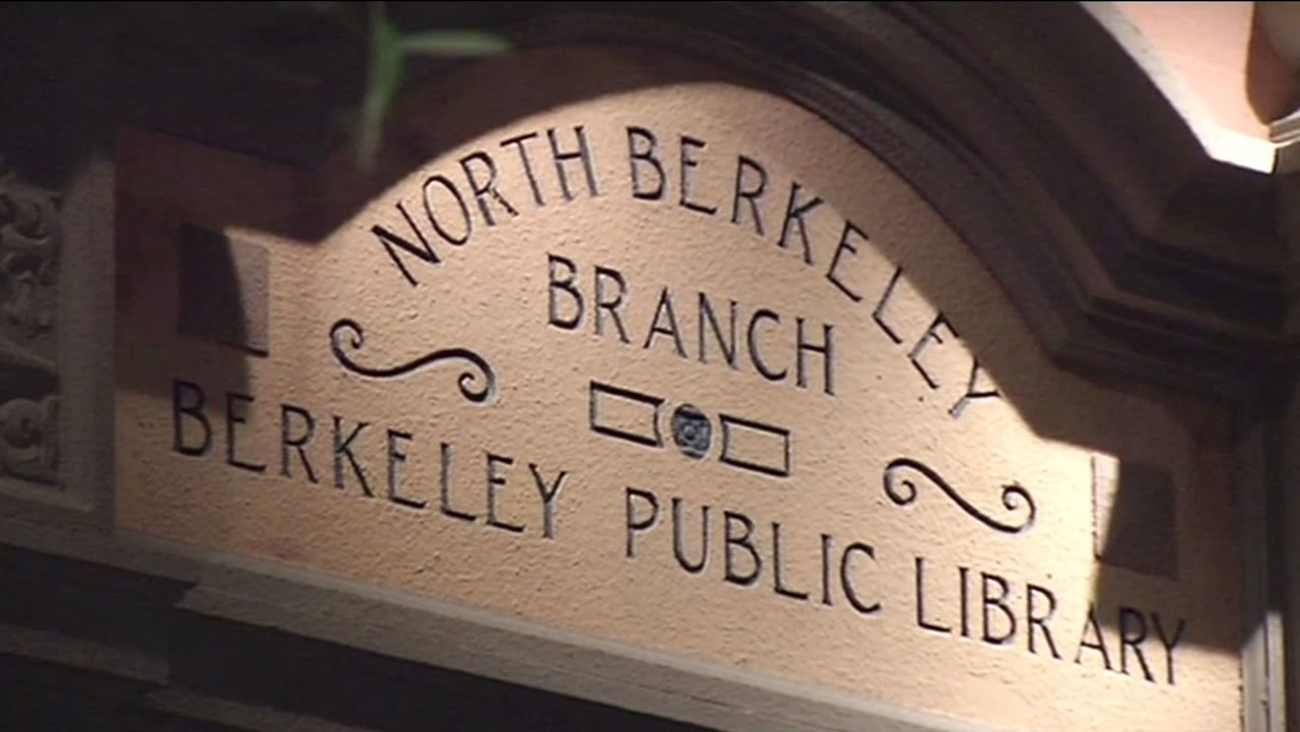 FILE - The North Branch of the Berkeley Public Library is seen in this undated image. (KGO-TV)

The bed bugs were discovered Friday morning after bed bug-sniffing dogs searched the library and found them in the downstairs men's restroom, under the desks of the public computer area and the in a chair in the adult reading area, officials said.

Library materials do not appear to be involved.

The branch library at 1170 The Alameda will remain closed through Monday for heat and steam treatment and will reopen Tuesday, officials said.

An event scheduled for Saturday, the Art of HOWL program, has been postponed.

The bed bug-sniffing dogs will be checking other library locations over the next week, library officials said.

The Berkeley closure comes on the heels of a similar closure of the Mitchell Park Library branch in Palo Alto on Wednesday.

Bed bugs were found on two chairs in the first floor of that library at 3700 Middlefield Road.

Dogs are also inspecting other libraries in Palo Alto, and some libraries will be closed during inspections or open late over the next week, according to officials there.

Bed bugs are parasitic insects that feed on the blood of mammals and birds, according to the California Department of Public Health. They live in mattresses, bed linens and headboards, walls, flooring and other furniture.

They feed at night, and most people do not feel their bites, but might notice itchy welts that appear a few days later.