NEW YORK -- Eight people were killed after a man in a rented truck drove down a path filled with pedestrians and cyclists in what New York City Mayor Bill de Blasio is calling a "cowardly act of terror." Below is a timeline of what happened beginning Tuesday afternoon.

3:05 p.m. -- A driver in a rented truck jumped onto a bike path along the West Side Highway, a few blocks away from One World Trade Center. He drove for about 10 blocks before colliding with a school bus at Houston Street. A police officer is being credited with stopping the driver, who got out of his vehicle after hitting the school bus.

4:37 p.m. -- In an update to the press, White House Press Secretary Sarah Sanders said that President Donald Trump had been briefed on the situation by White House Chief of Staff John Kelly.

4:46 p.m. -- A source confirmed to ABC News that the incident was being investigated as possible terrorist attack.

4:50 p.m. -- ABC News reported that Attorney General Jeff Sessions and Christopher A. Wray were being briefed.

5:27 p.m. -- New York Gov. Andrew Cuomo said during a press briefing that there is no evidence of a wider threat.

5:34 p.m. -- The suspect is identified as 29-year-old Sayfullo Saipov from Tampa, Florida.

6:57 p.m. -- Trump expresses his condolences for the victims and their families.

7 p.m. -- In a display of strength and solidarity, de Blasio and Cuomo march as a part of the New York City Village Halloween Parade.

8:31 p.m. -- ABC News reports that truck attack suspect Sayfullo Saipov left a note saying he had done the attack on behalf of ISIS. 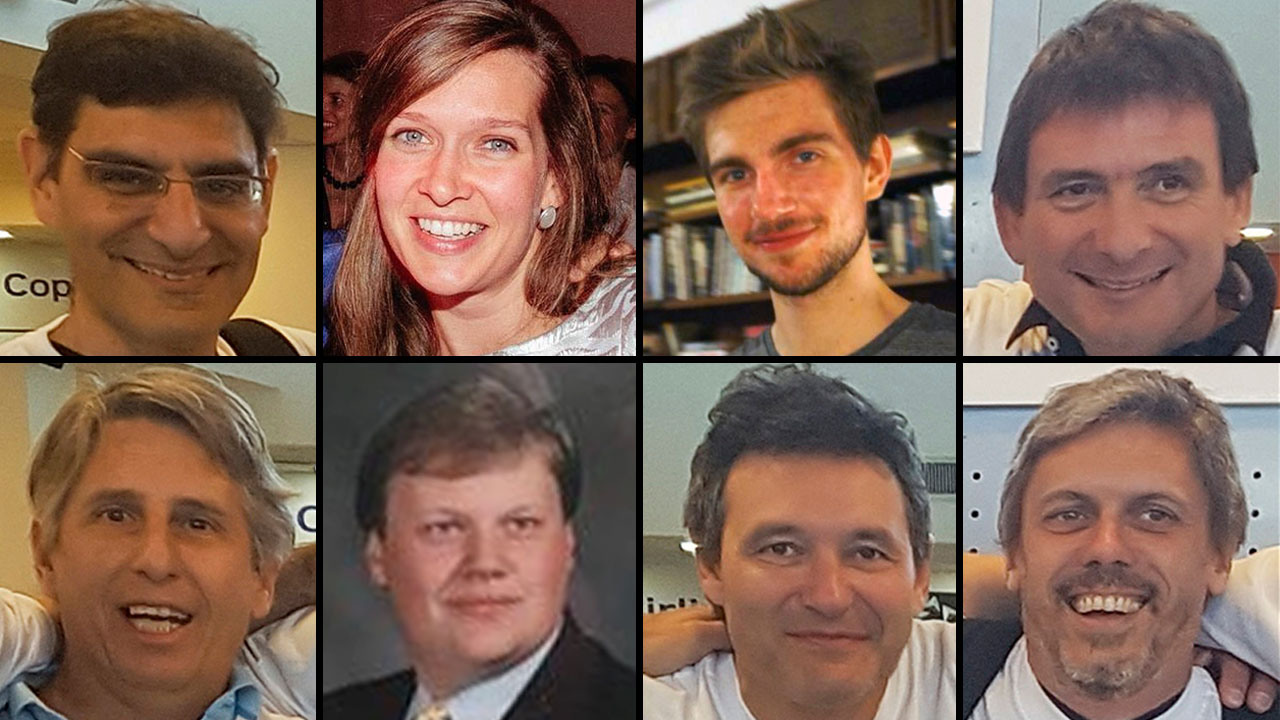 NYC bike path truck rampage: Who are the victims? 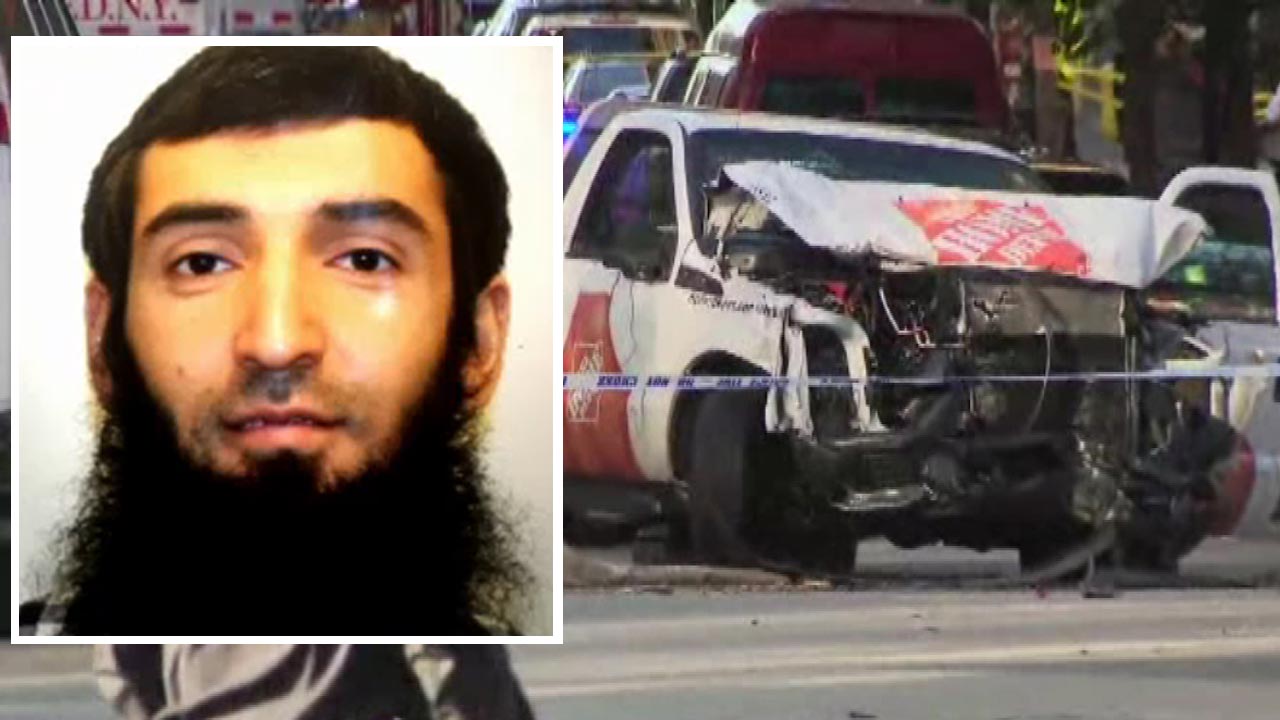 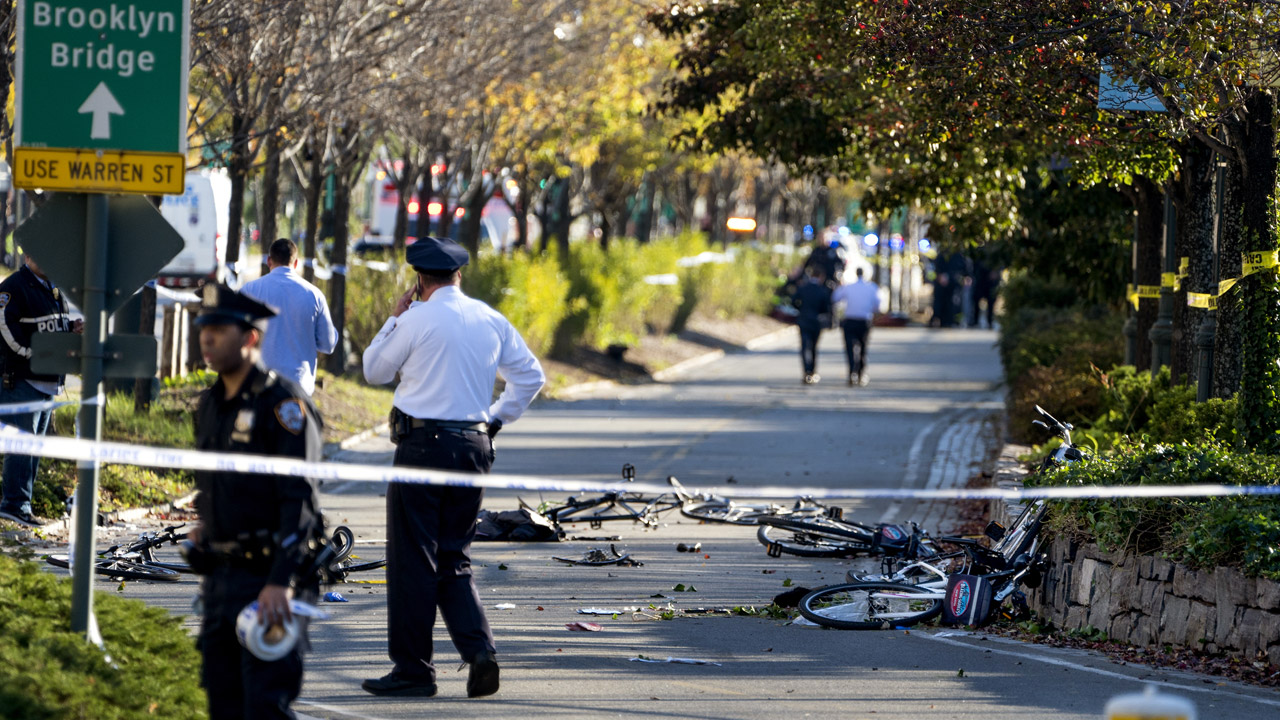 Mayor: NYC bike path rampage 'was an attack on our values'