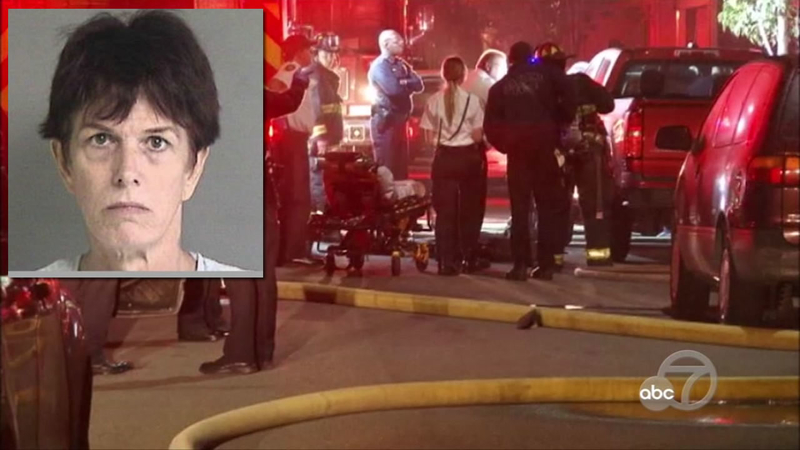 OAKLAND, Calif. (KGO) -- Police in Oakland have made an arrest in a triple homicide. The three victims were found dead last week.

The suspect is Dana Rivers, is a well-known transgender activist.

The three people Rivers is accused of killing are 19-year-old Benny Wright, his mother Patricia Wright and her partner Charlotte Reid.

Oakland police rushed to the family's East Oakland home Friday morning, just after midnight. They found Benny, stabbed and bleeding on the street.

Then, they heard gun shots and saw smoke coming from the garage. Investigators believe Rivers shot the two women and then set the garage on fire in an attempt to destroy evidence.

Police stopped Rivers as she ran out of the house covered in blood.

Rivers made headlines when she was asked to leave her teaching job in Sacramento, when she started living as a woman.

ABC7 News interviewed Rivers back in 2000, when the Boy Scouts tried to exclude members based on sexual orientation. Rivers opposed that policy.

"The principals that scouting taught me were tolerance, acceptance, love for my fellow American," Rivers said in 2000.