Oakland cop charged with engaging in the act of prostitution 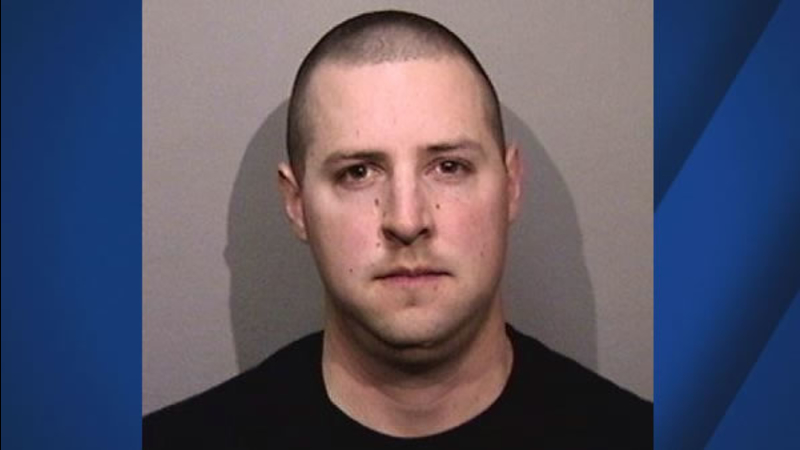 Oakland cop charged with engaging in the act of prostitution

OAKLAND, Calif. (KGO) -- An Oakland police officer has been criminally charged for paying a prostitute for sex then tipping her off to police activity.

City officials are furious over the alleged allegations by Ofc. Ryan Walterhouse.
Walterhouse, 26, already posted bail and is scheduled to be arraigned Friday.

According to the complaint, he paid for sex and shared confidential police information with a prostitute.

He was arrested at the Oakland Police Department when he showed up for work Wednesday night. One of his fellow officers reported him for misconduct with a prostitute.

OPD Deputy Chief John Lois said, "The conduct we investigated both involved on duty and off duty conduct."

According to prosecutors this behavior started recently.

Walterhouse allegedly had sex with a prostitute in a motel on Oct. 1 and called to warn her about a possible bust on Oct. 13. Then, on Oct 14, he allegedly texted her warning: "You out? Don't be right now."
He was arrested after an investigation. Walterhouse faces two felony counts of conspiracy to obstruct justice and one misdemeanor of engaging in an act of prostitution.

Investigators say this is not related to the scandal involving Jasmine Abusilin, formerly known as Celeste Guap.

At a press conference, mayor Libby Schaaf expressed disgust over another scandal linked to the department right as they're trying to rebuild trust.

"It is incredibly disturbing that in light of what happened this summer any officer could think that it was at all acceptable to engage in this type of behavior and further sully the reputation of this department," she said.

Walterhouse grew up in Oakland and graduated from Bishop O'Dowd High School and has been with OPD since 2014.