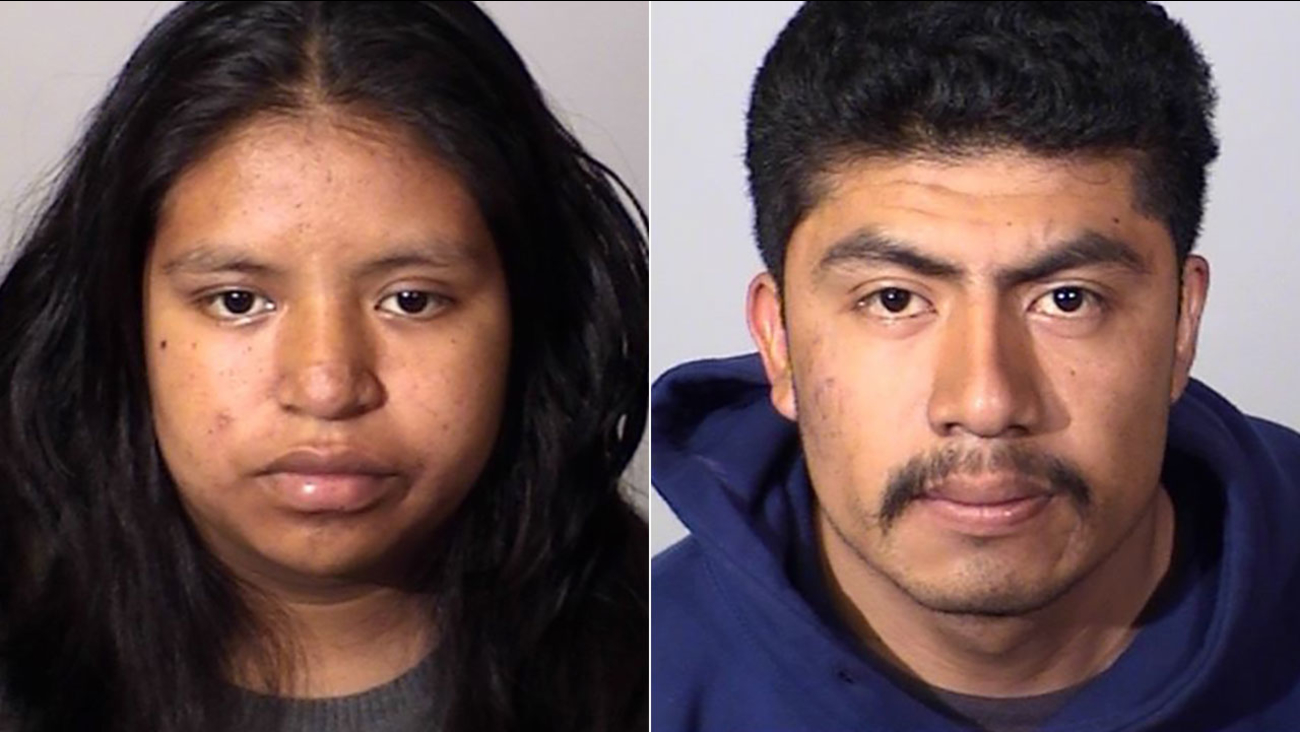 Andrea Torralba, and her boyfriend, David Villa, are seen in booking photos after their arrests on Friday, July 19, 2019. (Oxnard Police Department)

OXNARD, Calif. -- A young mother and her boyfriend were arrested Friday morning after the woman's hours-old son was fatally strangled at a hospital, Oxnard police said.

The investigation began shortly before 8 a.m. when officers responded to St. John's Medical Center following a report of a suspicious injury, authorities said. Upon arrival the police learned the newborn baby was in critical condition.

Family Protection Unit detectives joined the investigation and discovered that the child's mother, 20-year-old Andrea Torralba, and her boyfriend, 21-year-old David Villa, had "strangled the victim until he was unconscious," police said in a statement.

"Medical staff was notified that the infant was unresponsive and, despite the efforts of the medical team, the infant succumbed to his injuries," according to the news release.

Torralba and Villa were both arrested on suspicion of felony assault on a child by means of force resulting in the child's death, authorities said.

Sgt. Brandon Ordelheide said when questioned by detectives, the two said they didn't want the baby.

Villa was being held in lieu of $5 million bail. Torralba's bail was set at $1 million.