Surgeons Double Down On Disc Technology 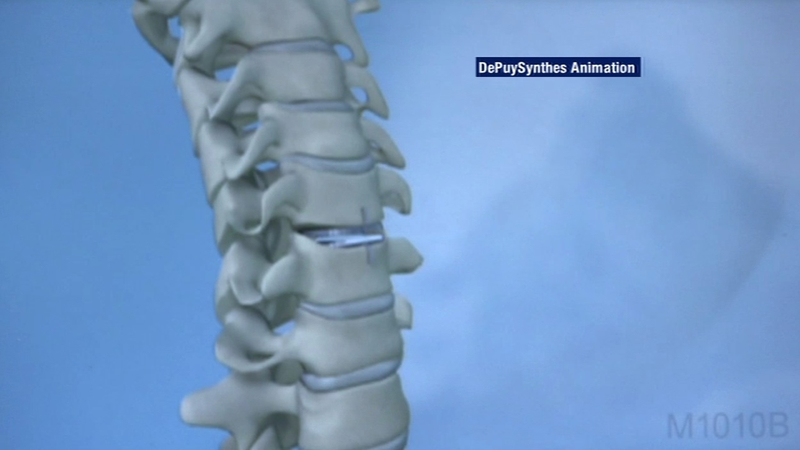 Surgeons Double Down On Disc Technology

SAN FRANCISCO (KGO) -- For Kimberly Owens, a painful back injury had made even everyday movements excruciating.

"Just to lean over and brush my teeth was hard, I could not drive without crying," Kimberly remembers.

San Francisco back surgeon Kenneth Light, M.D., says Kimberly was actually suffering from disc injuries in both her upper and lower spine. He says the common repair involves spinal fusions, which can leave the patient with severe stiffness.

"So very commonly, these patients have to move their whole body when turning," says Dr. Light.

As an alternative, doctor Light recommended a relatively uncommon procedure. Instead of fusing the vertebrae, he would insert two replacement discs, in different sections of Kimberly's back and neck.

The devices, known as the Pro-disc, fit between the vertebrae. Once in place they mimic the function of the damaged discs, allowing the section of spine to move and twist.

"The patient can return to work in a week or two weeks. They can move their neck right away," he adds.

Along with driving, and hiking, Kimberly says the results have also allowed her to do simple things like brush her hair and teeth without pain.

"Now I'm almost back to, I'm normal. I don't even think about it," says Kimberly.