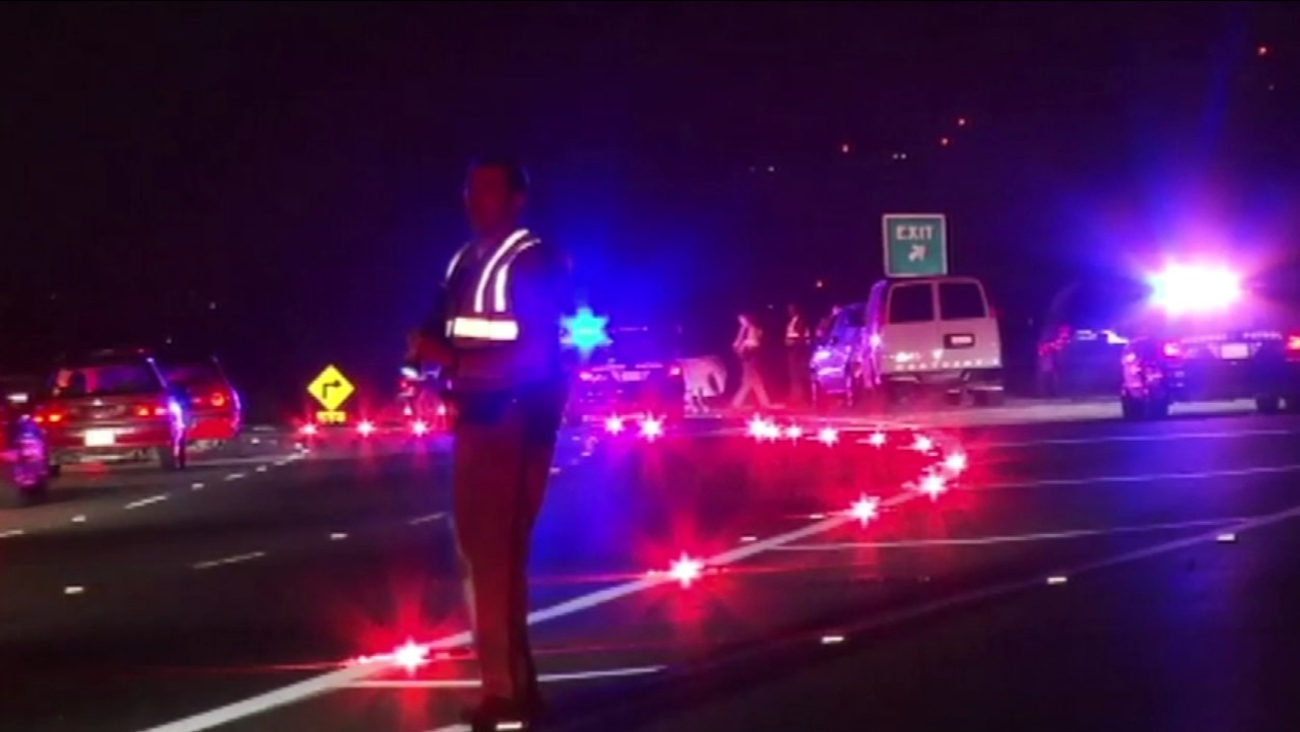 The collision was reported on southbound Highway 101 around 1:50 a.m.

The pedestrian, a Latino man in his early 20s, had been running east on the lanes and the officer driving the patrol car veered to the left to avoid striking the man, CHP Officer Ross Lee said.

The patrol car's right side struck the man, knocking him down, Lee said.

The officer tried to regain control of the vehicle before it crashed into a raised berm and came to rest partially on the right shoulder, the CHP said.

The pedestrian was transported to a hospital where he is in critical condition, according to Lee.

The officer driving the CHP patrol car was not injured, Lee said.

The patrol car sustained damage to its right side, according to Lee.

A Sig-alert was issued at 6:59 a.m. and two right lanes on southbound Highway 101 are closed between McKee Road and Alum Rock Avenue.