KGO
By Dustin Dorsey
SUNNYVALE, Calif. (KGO) -- We highlighted Animal Assisted Happiness in our attempt to Build a Better Bay Area and as a result, two of our viewers took it upon themselves to volunteer in the hopes to build a better smile farm.

Peter and Vicki Amon-Higa give back to their community through their volunteer-ran organization called Animal Assisted Happiness, a program set to help children with need through animals.

Now two Bay Area residents are helping with their cause.

"Initially we got involved by watching the story on ABC7 News and were really encouraged by that," Cliff Martin said. "Especially with the focus being on the animals, kids and the volunteer organization. That really hit home for Dale and myself."

When the stories turn into even better stories... Two viewers of @abc7newsbayarea saw our piece on Animal Assisted Happiness in Sunnyvale and immediately volunteered to give back. We try to Build a Better Bay Area. As a result, Cliff and Dale Built a Better Smile Farm. pic.twitter.com/fRwDKiI2Oa

Cliff and his father-in-law, Dale, do many volunteer projects in the Bay Area.

Dale is a retired general contractor and Cliff has been working on projects with him for the past ten years.

Together, they are now helping AAH so the farm can focus on their mission to help the children.

"We have a long list of projects that we are taking care of and Cliff and Dale are just knocking them out one after another," AAH Assistant Farm Manager Nicholas Coleman said. "It really helps focus our program, diversify the animals we have and really makes it more robust as a whole."

After seeing the piece on TV, Martin reached out to the farm and learned there was an open house for the public to see exactly what they do.

"We came down to visit them and asked if there was some way that we could help out," Cliff said. "They said that they would love to have a new sprinkler system for their garden. So we put in 300 feet of sprinkler pipe for them and six or eight hose beds."

But the two men weren't done there.

"We said, 'what's the next project'? And they told us they would love to have a fence for their maintenance yard," Cliff said. "Dale ordered the materials, they were delivered here and we started working on this fence ten days ago. We're now about 95% complete."

Since seeing our piece on Animal Assisted Happiness, Cliff Martin and his father-in-law, Dale, has built a new fence to protect a maintenance yard, ran hundreds of feet of hoses to their gardens and donated a generator so the farm can focus on what matters: the kids. pic.twitter.com/13rpQmmcXT

They also donated a generator for the property to allow them to have power on site.

RELATED: Horse riding therapy changes lives for veterans and people with disabilities in the South Bay

The two men said they would continue to help out any way that AAH needed because the farm's mission is so important.

"We really feel good about what we're doing because, not only does it help the animals, but more importantly it helps the kids," Cliff said. "That's what we really want to do."

The work that Cliff and Dale are doing at Animal Assisted Happiness fits right in with the organization's goals.

They want to continue to be a volunteer-ran program and some of that volunteer work starts with the kids.

"One of our original values is that it's 'by kids for kids'," AAH Co-Founder Vicki Amon-Higa said. "We told the kids to volunteer and find out what it is that they would like to do. We have so many youth volunteers that want to do projects at the farm and we're starting to get more and more adult volunteers."

Cliff and Dale are now part of that growing group of volunteers who want to help this farm grow so it can continue to help more and more people who need it.

"We have a long list of projects and we're a pretty lean non-profit with not a ton of staff," Coleman said. "So it's really helpful to have them here and help us out. Everyone is welcome to come out here and help. I'm really grateful for everyone who spends their time and effort here."

For Cliff and Dale, it did not take a second thought to donate physical labor to an organization in the Bay Area that is doing so much for the community around them.

They were inspired to help by a story they saw on the news and now they hope their story inspires others to do the same thing.

Dale here is in his 80’s, Cliff is in his 70’s. They have been out in the heat physically #BuildingABetterBayArea. Why? They love to help animals, kids and organizations that make their community better. pic.twitter.com/zN8fEDuVB6

"We really have a fondness for the kids," Cliff said. "If we can help in some small way, then we feel good about that. There's always need for people to volunteer and especially people that have some skills that you can donate to a good cause. We hope that people will see this and want to come in and work with us or contact the people that run this facility or other facilities. Whether it's this organization or another one, just get involved." 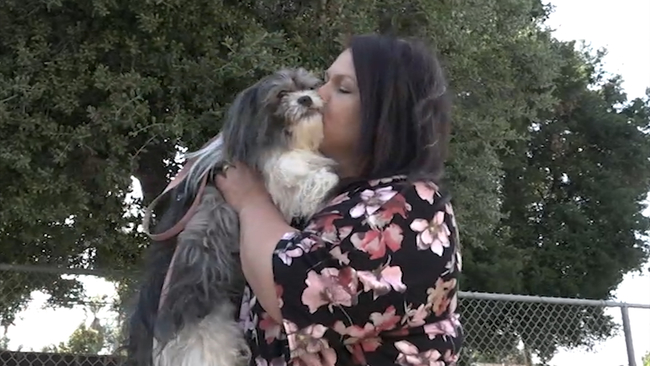 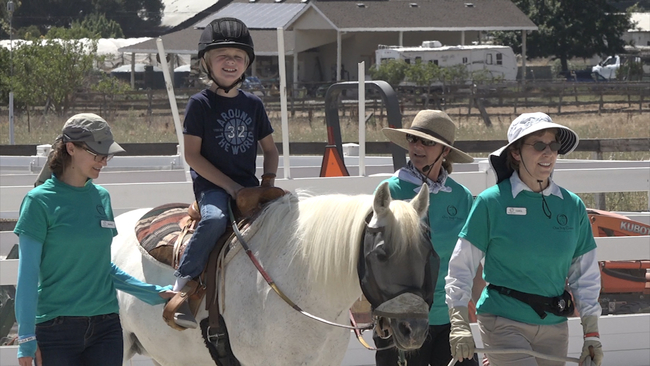 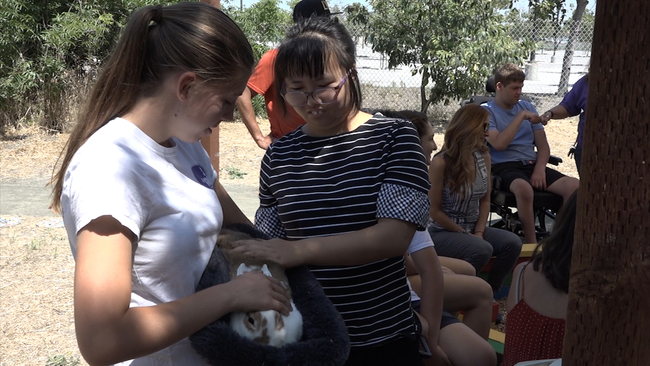