Rescued California bear found in trash bin with mange is recovering, but won't be released into wild

KGO
By Jennifer Olney
RAMONA, Calif. (KGO) -- A rescued California black bear found with almost no hair is getting a new home, but won't be released into the wild as originally hoped.

ABC7 News first told you about the little bear named Eve about a year ago, when she won the hearts of animal loving volunteers up and down the state.

Eve was found in a trash bin in Butte County. She was suffering from severe mange and looked so strange the people who found her were not sure what kind of animal she was.

Eve got emergency care from the Bear League in Lake Tahoe, and then was taken to The Fund for Animals Wildlife Center.

in San Diego County. The little bear arrived there on Christmas Eve which is how she got her name.
The Fund for Animals Wildlife Center provided extensive medical treatment including special medicated baths that are believed to have saved Eve's life.

Matt Anderson, director of the Wildlife Center, says Eve is doing well. She has grown from an emaciated 30 pounds to a much healthier 150 pounds, but the news about her future is mixed.

Eve has some fur, but not enough to keep her safe and warm in the wild. There is also concern that, in Eve's earlier life, she got too comfortable around humans.

So instead of being released to the wild, next spring Eve will move to a sanctuary called Cleveland Amory Black Beauty Ranch in Texas. A special natural enclosure is even being built for her. Both the ranch and The Fund for Animals Wildlife Center are affiliated with the Humane Society of the United States.

Caring for Eve is expensive. If you would like to donate to Eve's care or help rescue other wild animals, go here.
Report a correction or typo
Related topics:
pets & animalscaliforniaanimals in perilanimal rescueanimal newsanimalbear cubbearnatureanimals
Copyright © 2020 KGO-TV. All Rights Reserved.
ANIMAL RESCUE 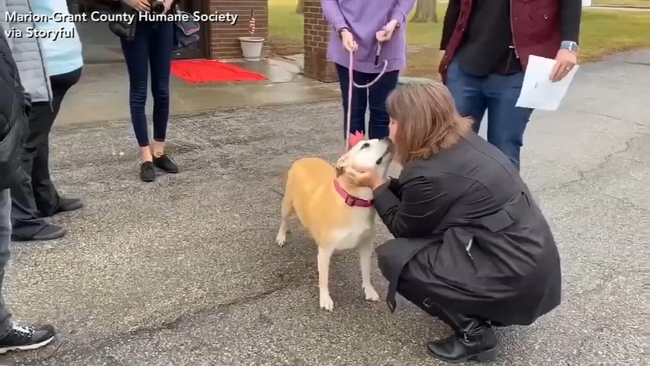