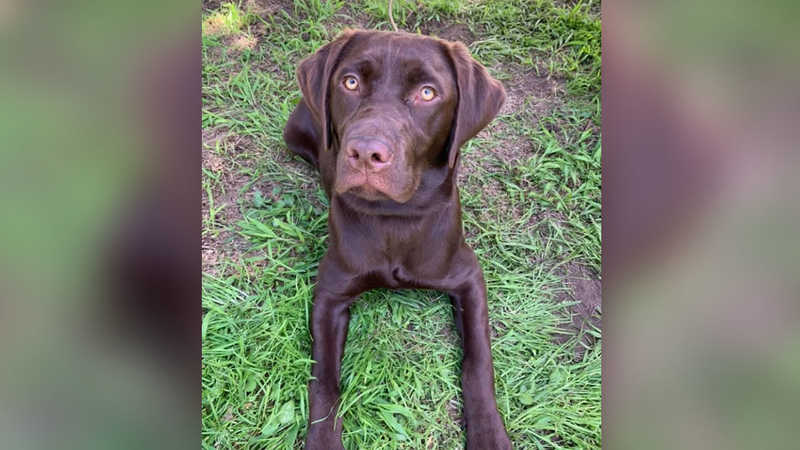 SANTA ROSA, Calif. (KGO) -- A Santa Rosa family is heartbroken over the loss of their 11-month-old puppy - who they say died suddenly Monday after drinking toxic algae at a local community park.

"Our 11-month-old pup Konah succumbed to a horrible toxin and passed away today," Danielle Hill-Hruby wrote on Facebook. "That damn blue-green algae killed her and we are heartbroken."

REALTED: 7-month-old dog recovering after being dragged behind pickup truck in SoCal
ABC7 News met up with the Hruby family Tuesday night at the Rincon Valley Community Park where, on Sunday, Konah was playing and went into the water when she went to fetch her ball. The family says they within minutes they knew something was wrong.

"She was like paralyzed, she was not moving," Danielle Hruby said. "She wasn't walking, she couldn't move her back legs."

Once at home, things only got worse so they took her to the vet, who told them it appeared Konah had ingested toxic blue-green algae. Her liver was no longer functioning. Konah died on Monday.

"I remember just scream crying like it was really sad," Danielle's 17-year-old daughter Alysah said. "She was my best friend."

The city has since posted signs around the park warning people and their pets to stay away from the water. Strangers have also posted hand-written warning signs.

Buffo says the incident is currently being investigated by Sonoma County, who are working to confirm if indeed toxic blue-green algae is in the water at the park.

The Hrubys know they can't get Konah back, but they do hope her story can help others.

"You're going out to have fun, throw the ball around, let the dog get some exercise," Danielle's husband Brent explained, "And within minutes something weird like that happened. It's the last thing you think."

"I just want everyone to know if they see their dogs going near that water, like, keep them away from there," Danielle's youngest daughter, Maliah, added. "I don't want anyone else to have to go through that with their dog because it's not fun to go through."
Report a correction or typo
Related topics:
pets & animalssanta rosabizarreanimals in perilpet healthanimal newspuppy
Copyright © 2021 KGO-TV. All Rights Reserved.
More Videos
From CNN Newsource affiliates
TOP STORIES