Stray dogs rescued from I-580 in Oakland 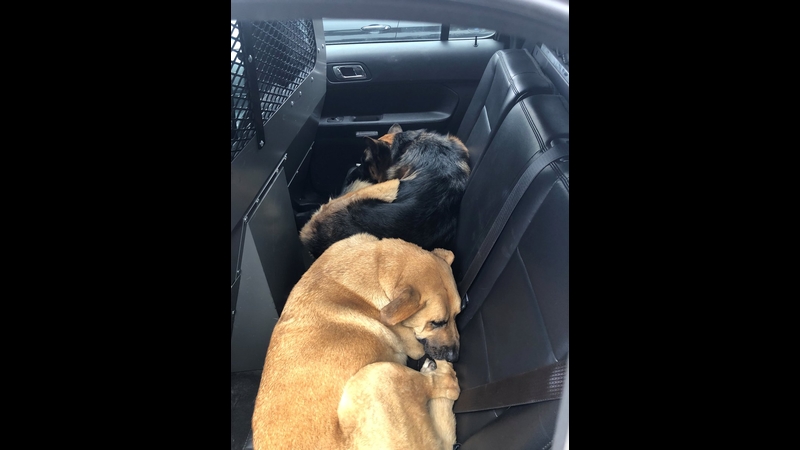 Stray dogs rescued from I-580 in Oakland

The CHP received several calls around 7 a.m. near the Park Boulevard exit reporting the dogs wandering on the freeway. Officers briefly stopped traffic while they collected the dogs, which were fed and taken to an animal shelter.

"(The dogs) were pretty compliant," CHP Officer Herman Baza said. "They looked pretty exhausted. We later found out they were pretty hungry."

Two Shepherds rescued on WB I-580 near Park. Both were located wondering the freeway dodging vehicles tired & hungry. Taken to a local animal shelter. If you see something, say something. Safety, Service & Security! pic.twitter.com/fadEhhEyDd

Baza said the incident was a good example of motorists alerting police of stray animals on the freeway rather than ignoring them or trying to rescue the animals themselves. Stray animals on roadways can easily cause accidents, he said, and it is unsafe for motorists to leave their cars and walk onto highways.