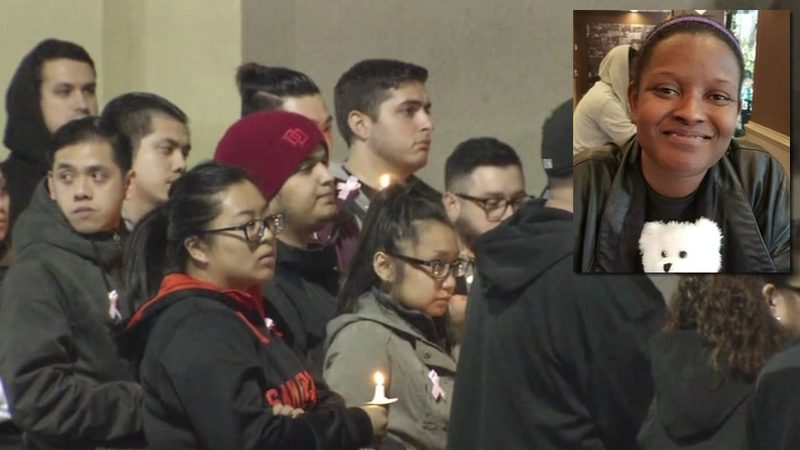 Nicole Fitts was found dead Friday and her 2-year-old daughter Ariana remains missing and the search is growing increasingly desperate.

Friends and co-workers held a candlelight vigil in the parking lot of a Best Buy store where Nicole Fitts worked for almost a year. Employees requested privacy during their time of grief.

Nicole Fitt's body was found last Friday in John Mclaren Park. She was the victim of a homicide and police say she had been badly beaten.

Police Chief Greg Suhr says his department is following every lead in the case.

"We're getting help right now from FBI on some of the technical work that we're doing. We're very hopeful that we're going to get a break. God willing we will find little girl alive," Suhr said.

The toddler hasn't been seen since February.

A friend says Nicole Fitts was staying with her in the Bayview District weeks before her murder, but Arianna was being cared for full-time by the relative of a pastor' in Oakland.

"That's all Nicole was talking about seeing her daughter. Her babysitter started giving her the runaround about her child," said a friend of Niccole Fitts.

A motive for Fitt's murder is unknown. Police are questioning many people of interest.

If you have information about Arianna Fitts, call 911.