McCain's motorcade arrived from the Capitol, where he laid in state overnight, and the procession made a stop at the Vietnam Veterans Memorial, where McCain's wife, Cindy, placed a wreath. His flag-draped casket was escorted by military body bearers up the cathedral steps under gray skies.

It was the last public event in Washington, where McCain lived and worked over four decades, and part of McCain's five-day, cross-country funeral procession. He died Aug. 25 at age 81. 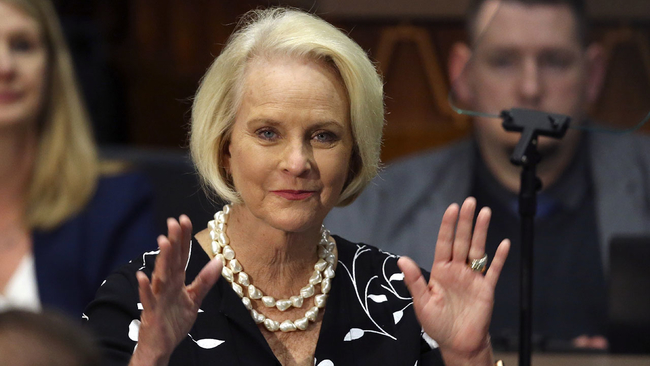