'Advocating for evil': Death penalty decision has Petaluma father whose daughter was murdered speaking out 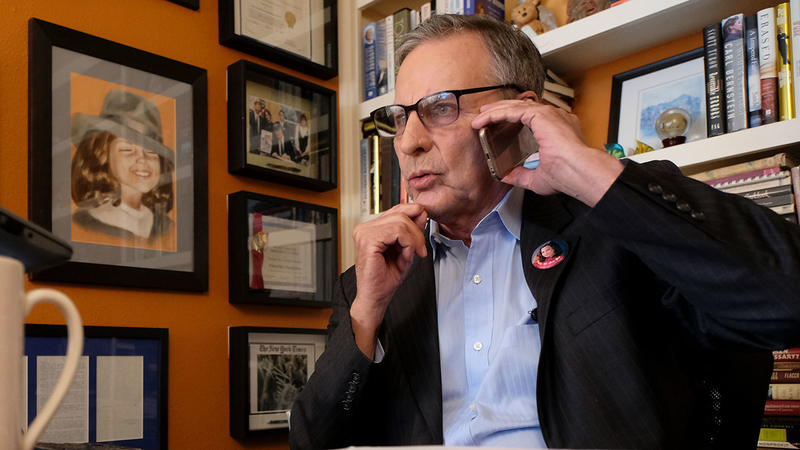 PETALUMA, Calif. (KGO) -- Many people aren't happy about the governor's executive order, including the father of Polly Klaas-- the girl from Petaluma who was kidnapped from her home and killed.

In fact, Polly's dad did not mince words when he told ABC7 News Governor Newsom is advocating for evil.

Many would consider Petaluma an idyllic small city. But it has a 25-year-old sore-spot that won't go away anytime soon.

"He is a monster," said Rich Rocklin.

"It's a curse on the community. That guy in San Quentin. I wish he weren't," said Tom Maxstadt.

All three were speaking of Richard Allen Davis, who remains on death row for the kidnapping and killing of 12-year-old Polly Klaas in 1993. When Governor Gavin Newsom suspended executions in California on Tuesday he split this town.

"I have mixed feelings," said Kathleen.

We know one man with no mixed feelings, at all.

Marc Klaas @PollyDad spent today granting interviews around the country. "Death row is filled with individuals who kill cops, women, babies." Was there when @GavinNewsom announced suspension of executions in #California. "Well, I'll tell you. I died a little bit." #abc7now pic.twitter.com/ins3dtEKnD

"Well, I tell you, I died a little bit." Polly's father, Marc Klaas was in the room, Tuesday, at a meeting about victim's rights issues, when Governor Newsom made the announcement.

"He is advocating on behalf of pure evil. He is the champion of the death row inmate in California. Death row is filled with individuals who killed cops, women, babies, children."

Klaas has waited for Richard Allen Davis to die since his sentencing in 1996. He lived through the vigils, the searches, the discovery of Polly's body, his personal pain.

"There will always be vengeance in my heart."

Families of victims, says Klaas, have earned closure, no matter how much a death sentence costs.

"I think the guy deserves to meet his fate. As does Scott Peterson. And Ramon Salcido. And all the other scumbags on death row."

Back in Petaluma feelings remain mixed.

Mark Klass @PollyDad on @GavinNewsom executions suspension in #California. "The system is screwed up when we have people elected to lead us who decide that their own opinion is more important than the will of the people or the law of the land." #ABC7now pic.twitter.com/tCNoE4nrdx

"I'm sure him being in a cell for the rest of his life is no picnic, either," said Rich Rocklin.

That's not enough for Marc Klaas.

"Would you watch that execution?" we asked.

"I'd take champagne to the execution."