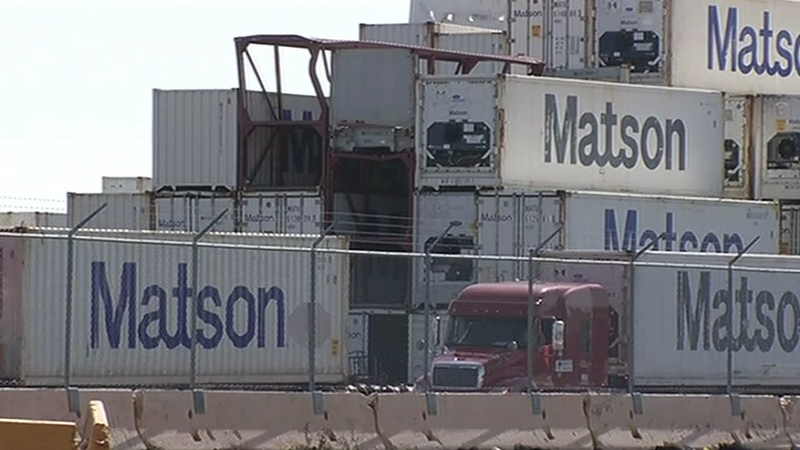 OAKLAND, Calif. (KGO) -- In Oakland, police and business owners are anxiously gearing up for May Day which is this Friday, May 1. That's when protesters are threatening to shut things down to call attention to social injustices affecting minorities and the working class.

The protest is scheduled to will begin at Berth 62 and the International Longshore Union will lead the march all the way down to Oakland City Hall. They expect hundreds of people to turn out to make a statement on a day many historically call for change.

At the center of world commerce, the International Longshore and Warehouse Union says they can make a difference by leading the protests on May Day in Oakland.

"It boils down to everybody being affected. Our families are affected by the killings, some of our family members in our own local are victims of police brutality and killings," union organizer Stacey Rodgers from the International Longshore and Warehouse Union said.

Rodgers is referring to Walter Scott, an African-American man shot by police eight times in South Carolina in April. Scott had family members who were longshore union members.

"Nobody is 'this is business as usual.' We are angry," Rodgers said.

Oakland has always been at the forefront of many protests and this May Day it will be no different. In 2011, thousands streamed across the Adeline Street bridge during the Occupy movement that shut down the Port of Oakland.

The Port of Oakland has already scheduled its closure this Friday delaying operations for eight hours.

"We have been in touch with our customers and with harbor truckers, so they can plan around this meeting and therefore we will minimize the disruption," Mike Zampa from the Port of Oakland said.

The entire city is on high alert for May Day with protests beginning as early as 5:30 a.m. Police have called in for extra patrols to keep order and peace, which is something businesses say is badly needed.

"We've got the wood up all the way around and it's going to stay up there for the time being," Dogwood bar manager Issa Eismont said.

Dogwood restaurant has been vandalized several times in the past and they're bracing for another less than peaceful protest.

"I think the smashing of property is pointless. I mean, doesn't get anyone's message across," Eismont said.