Oakland Mayor Libby Schaaf said a small group of "cowardly people" left significant damage in the city's downtown area during a protest Friday night that resulted in more than a dozen arrests.

OAKLAND, Calif. (KGO) -- Oakland businesses are cleaning up the damage left behind by vandals after Friday night's protest got out of hand.

Oakland Mayor Libby Schaaf said a small group of "cowardly people" left significant damage in the city's downtown area during the protest that resulted in at least a dozen arrests.

"A very small group of people with rocks in their pockets and malice in their hearts disturbed what was otherwise a very positive day in Oakland," Schaaf said.

It was awfully quiet in Oakland Saturday because a lot of businesses sent employees home early after boarding up their windows.

They're hoping that demonstrations planned for Saturday don't turn ugly the way they did on Friday.

The demonstrations were peaceful at first on Friday, but police say a small group turned to vandalism after dark and made this one of Oakland's most destructive marches in recent history.

While city officials were able to protect people during the protest, they did not do a good job protecting property, Schaaf said.

They marched toward the Oakland police administration building at Seventh Street and Broadway then went to Chinatown, where it "became ugly," Oakland Police Chief Sean Whent said.

The large group that "constantly changed direction" continued demonstrating into the night to Broadway Auto Row at car dealerships.

A new Hyundai Elantra 2015 burned to the ground during the protest, Pallais said.

Pallais estimated the damage to the cars are at more than a half-million dollars.

At least a dozen arrests were made and multiple citations were issued.

There were at least 30 businesses that sustained damage in the city's Civic Center and Auto Row on Friday night, according to Schaaf.

"We had a small group of cowards who used the size of the crowds and darkness to commit acts of considerable vandalism," she said.

City workers have been out Saturday helping businesses clean up the mess, especially the small, family owned businesses that just don't have this sort of cleanup in their budget.

On Saturday morning, Schaff and Whent spoke at a news conference hoping to remind Oakland that all that damage was the work of a few criminals harming well-meaning members of the community.

"Unfortunately there was some further damage done. Some of the windows were broken and it seems like someone may have gotten in and messed with some of the tenant's property in there and it's a shame because it's a thrift store run by a nonprofit that employs you know special needs adults in the community," Martin Kaufman said.

"We do feel that we did a good job yesterday as far as protecting human life. However, obviously it did not go well in regards to protecting property," Whent said.

Police say they've made 12 arrests and now they're asking the public to send them any video of last night's events that could actually help them make more arrests.

They say the vandals in this case were mainly anarchists and since a lot of their hostility was directed at police, they were careful not to make arrests that could anger the crowd further.

The mayor said Oakland Public works will be out continuing to help businesses clean up graffiti and stay as long as they're needed. 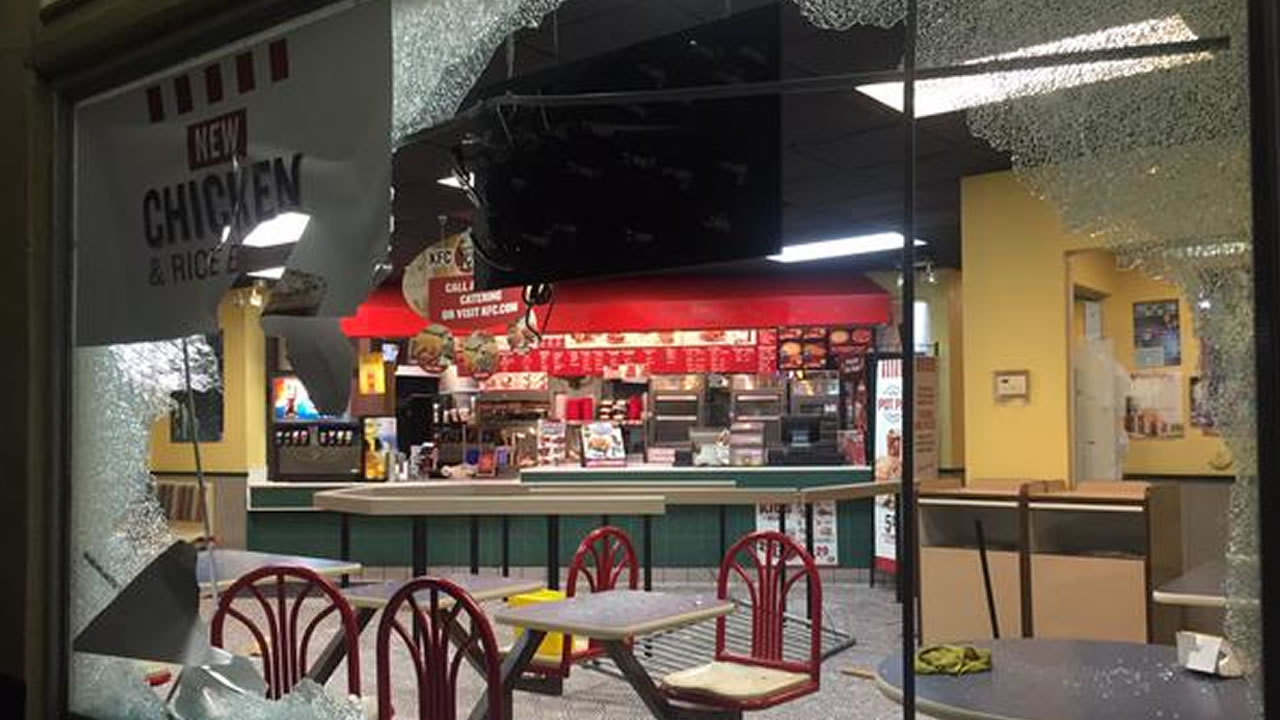 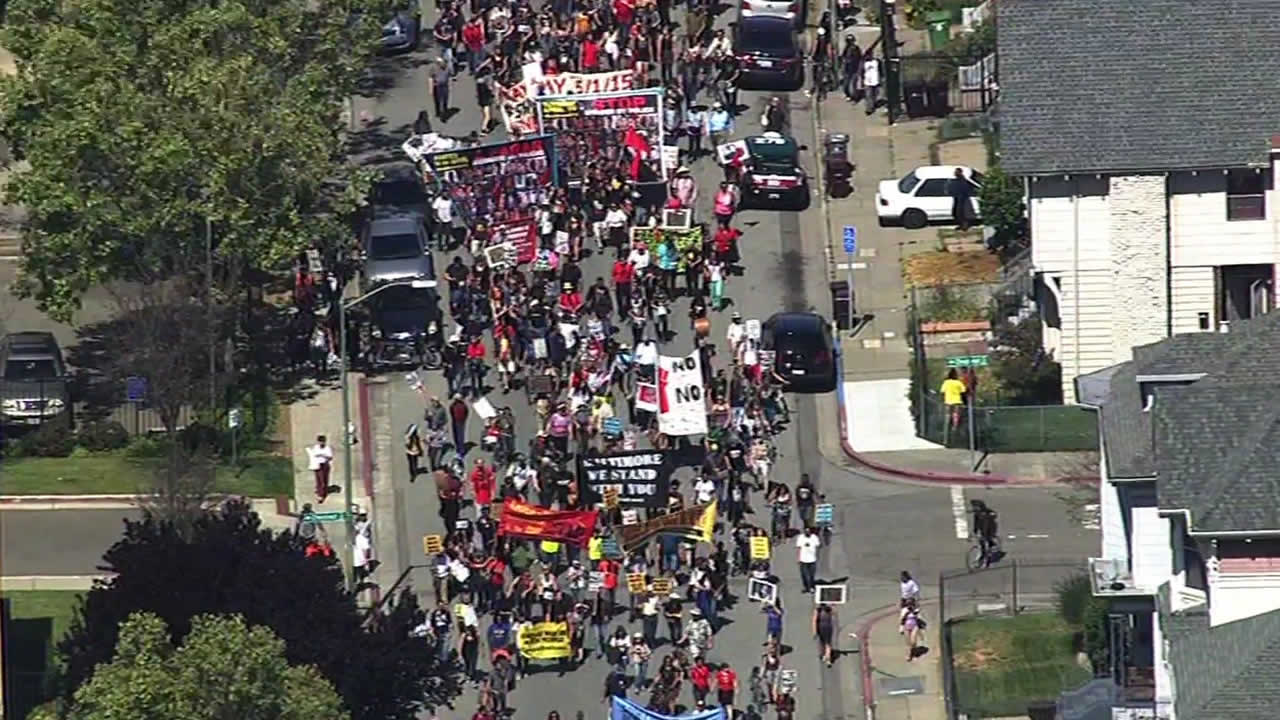 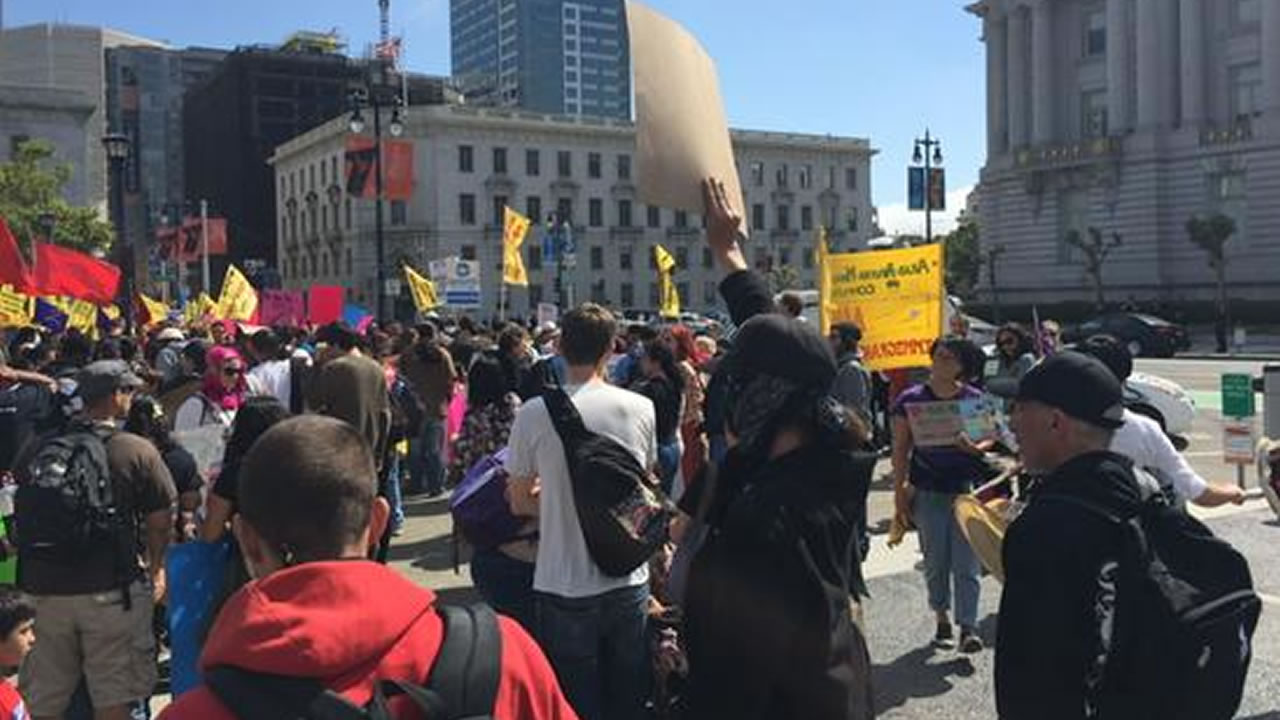 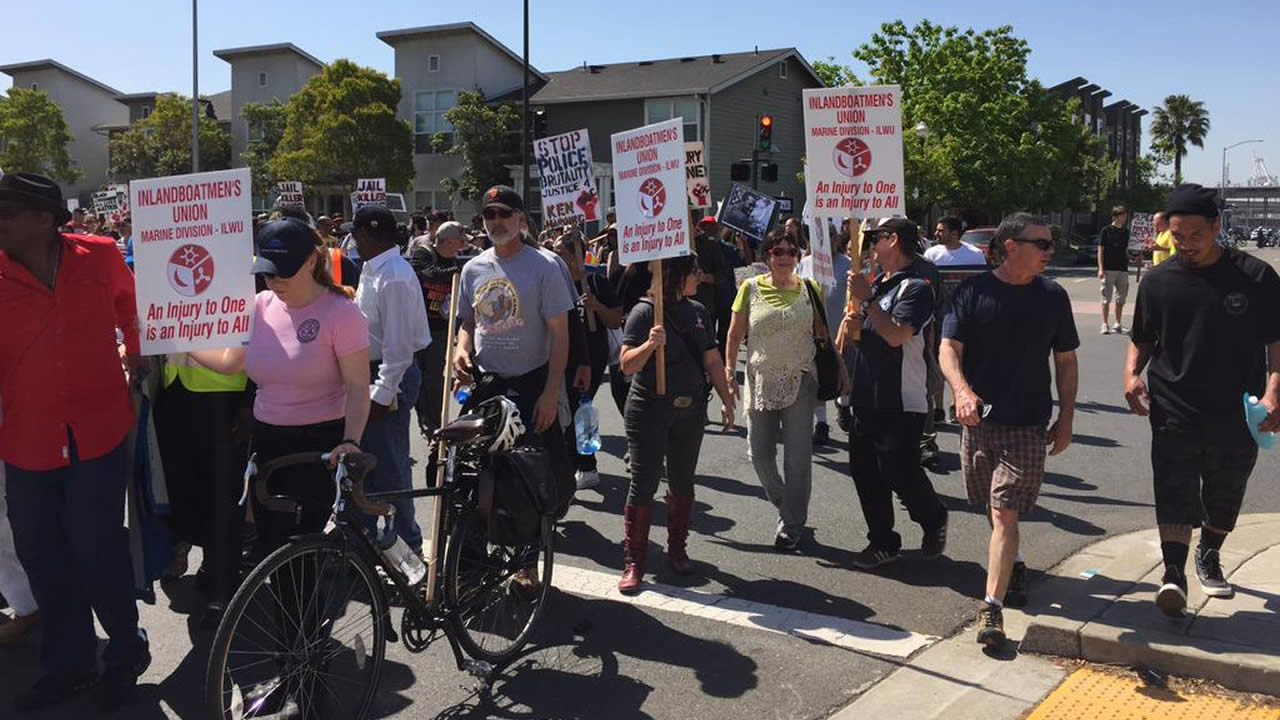 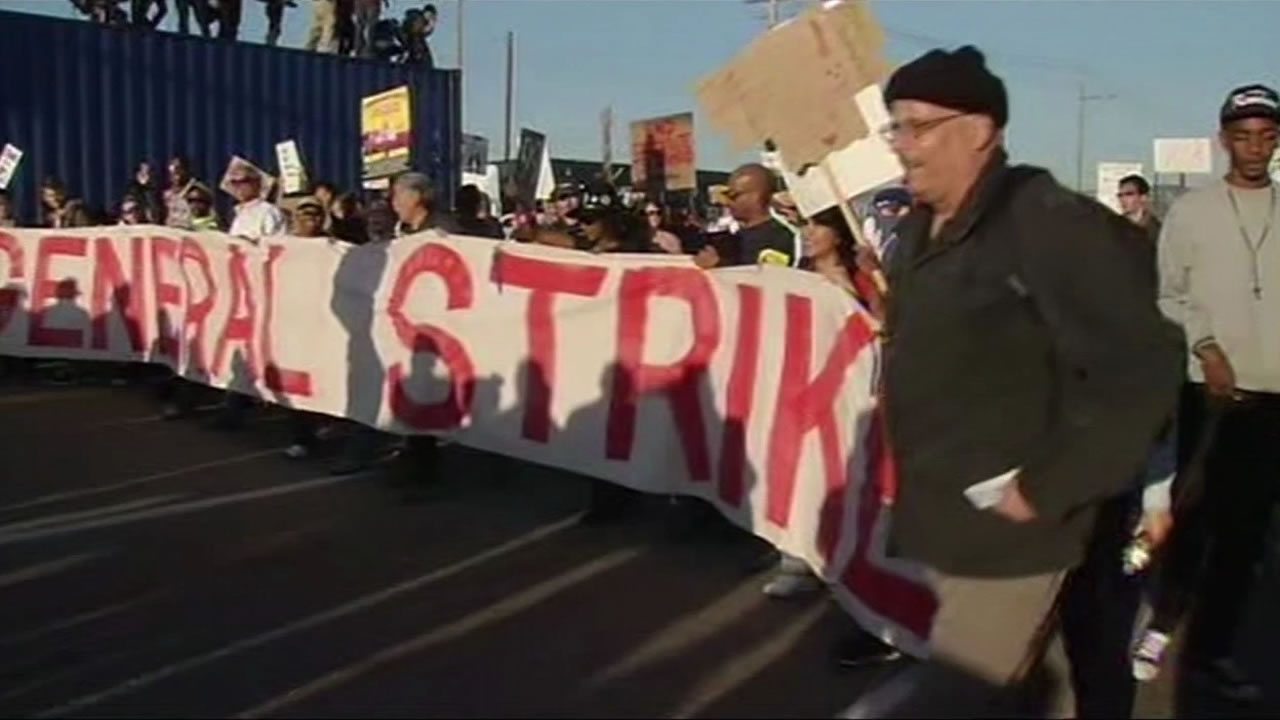 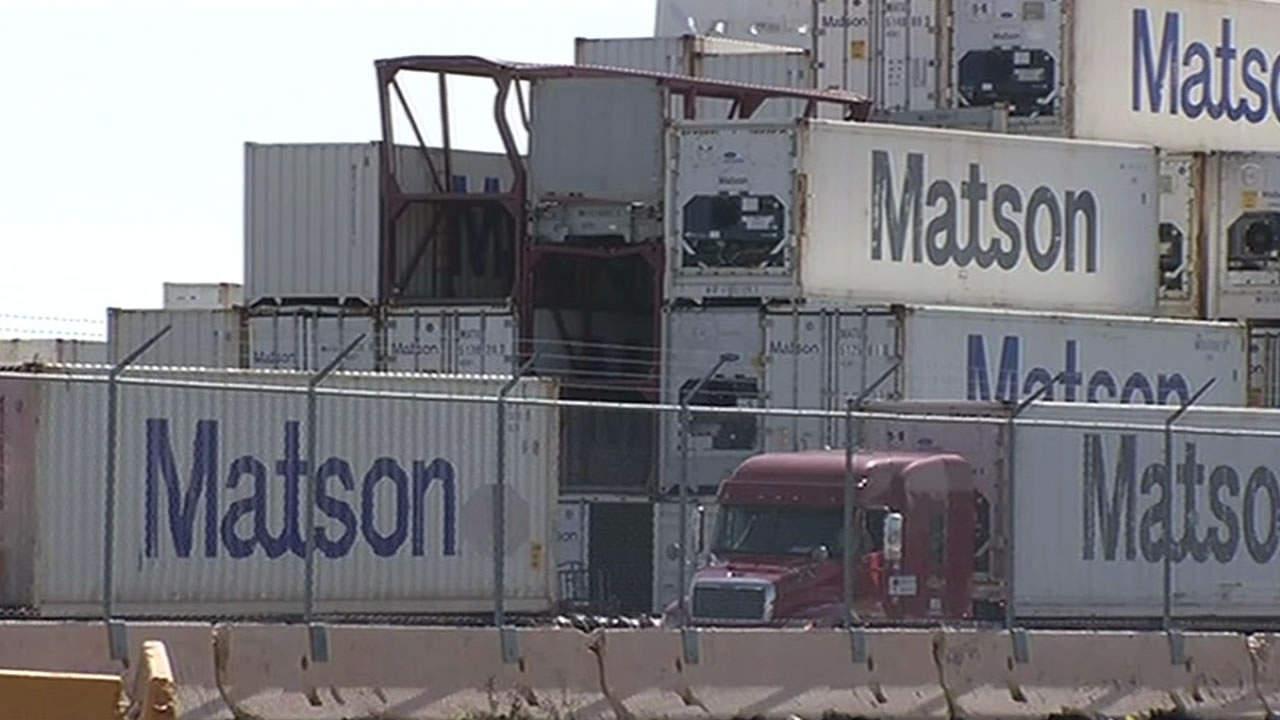