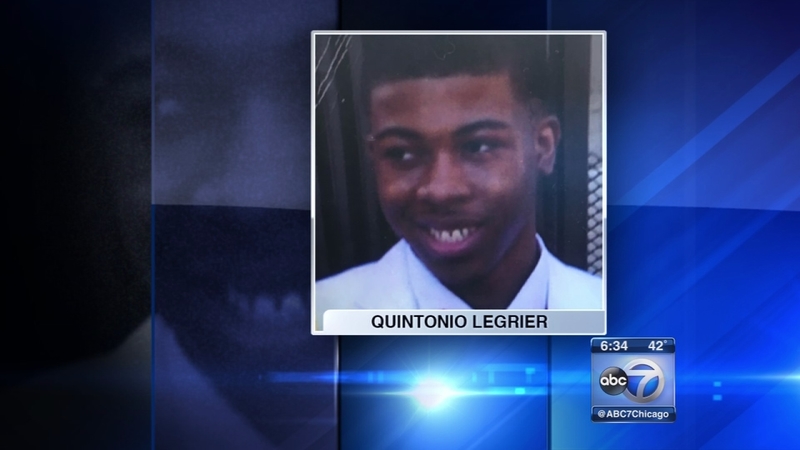 Sorrow turned to outrage as the friends and family of Bettie Jones learned she had been shot dead by Chicago police responding to a domestic disturbance call involving an upstairs neighbor. Nineteen-year-old Quintonio Legrier who was also killed by officers.

"She was a mother that worked every day. Her children were on the honor roll," said Evelyn Glover Jennings.

It happened just before 4:30 a.m. Saturday morning in the 4700-block of West Erie in the city's West Garfield Park neighborhood after relatives say the teen's father called 9-1-1, saying his son was threatening him with an aluminum baseball bat and acting erratically.

"He was taking medication, but he was back at school," Janet Cooksey said.

Legrier's father, who had locked himself in the bedroom of his second-floor unit, had told Jones, his downstairs tenant, not to approach his son, but to let the police in when they arrived.

Jones's daughter said it was as her mother went to open the front door of the two flat she was awakened by at least a dozen gunshots.

"I was sleep and heard gunshots," Latisha Jones said. "I woke up to see my mom on the floor."

Legrier died at the scene, while the mother of five adult children, including 19-year old twins, was pronounced dead at an area hospital.

Meanwhile, two families are accusing the police of overreacting as a community demands justice.

"We will serve notice to the city and make sure it happens," said community activist Edward Ward. "We will make it happen."

Police say that no gun was recovered at the scene and a source close to the investigation says investigators will be looking at if officers responding to the domestic disturbance call knew that they might be dealing with someone who was suffering from a mental illness, as well as trying to determine if any officers on the scene had a taser.