Nissan's 'Star Wars'-themed Rogue is out of this world 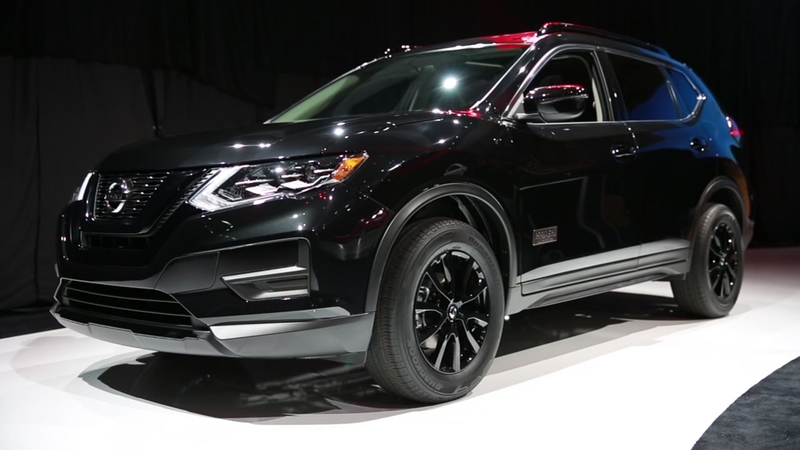 Nissan's 'Star Wars' themed Rogue is out of this world

That's no Rogue. It's a Rogue One.

Exactly one month before Rogue One: A Star Wars Story debuts in theaters worldwide, Nissan unveiled its limited edition 2017 Rogue at the Los Angeles Auto Show on Wednesday, Nov. 16. Modeled after elements of the latest installment in the intergalactically-loved movie franchise, the 2017 Nissan Rogue: Rogue One Star Wars Limited Edition is the first official Star Wars car ever to be sold to the public.

Nissan Vice President of Marketing Communications Jeremy Tucker told ABC that after learning the title of the new Star Wars film, Nissan jumped to strike a partnership with the company's #1 selling car.

"This partnership came together in a priceless manner to put our name on the map by launching the new 2017 Nissan Rogue, and celebrate the most anticipated movie of the year," said Tucker.

The Rogue vehicles ship in either "magnetic black" or "glacier white," both with all black interiors and darkened chrome features. The design for the cars were modeled after the Darth Vader and Imperial Stormtrooper costumes, according to Robin Moreo, the Senior Manager of Product Planning for the Nissan Rogue.

"Star Wars is so iconic to all generations, so it was very simple to take elements of the Star Wars galaxy and apply to a Nissan Rogue," said Moreo.

The 170-horsepower I4 engine and frame is of a standard 2017 Nissan Rogue SV with the "Sun and Sound" package, but subtle touches make the car unique for fans of both the Galactic Empire and Rebel Alliance. The interiors include Empire and Rebel symbols inside the removable cupholders, illuminated Star Wars kick plates, and special "Rogue One" emblems on the custom floor mats. The exteriors feature a rear bumper protector with the Star Wars logo, matte-color Empire and Rebel symbols on the rear D-pillars, and a very special bronze-satin chrome Rogue One emblem on the front doors.

As a special gift to diehard fans, each vehicle comes with a limited-edition Death Trooper helmet, modeled after those worn by the elite, all-black Stormtroopers that make their debut in Rogue One. It is the only full-scale replica collectible version of the helmet that Lucasfilm will sanction, according to Tucker, and there will only be 5,400 numbered helmets ever made.

Both Tucker and Moreo said that despite working closely with Lucasfilm on the project, they will not know how the story plays out until the film is released.

Rogue One: A Star Wars Story, the first stand-alone anthology film in the Star Wars saga, opens in theaters December 16.

Watch the entire premiere presentation at the L.A. Auto Show: