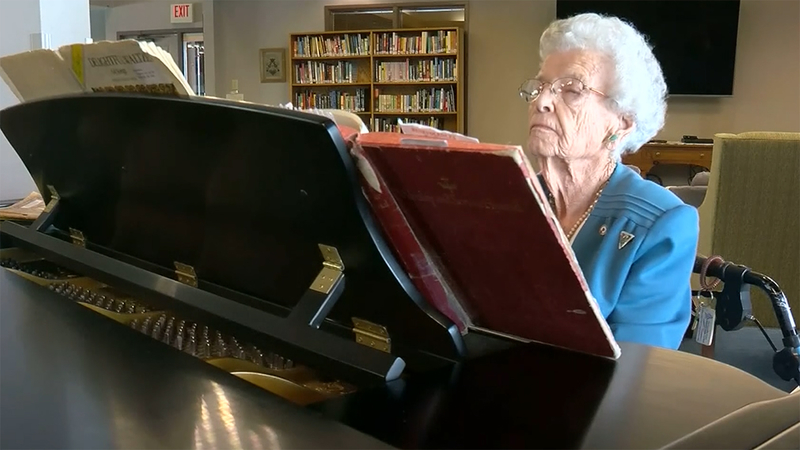 This 103-year-old plays piano for fellow seniors every lunch

Every day, Everson plays the piano during lunch at her assisted living home in Stearns County, Minnesota.

"You meet a lot of people playing the piano. And I'm a people person. I like to be happy," she told WCCO-TV.

She said she learned to play nearly 10 decades ago. When she was five, Everson's father would use a horse-drawn carriage to take milk cans into the city, and on the way, he'd drop her off at piano lessons.

Eventually, her parents sold a cow to buy her a piano.

The instrument was a staple in her life, from becoming the first organist at her church in 1938 to teaching her children -- and later great-grandchildren -- how to play.

"When she plays the songs that people know, there's smiles on their faces ... and you can see that they are enjoying the music that they remember," said Ken Hanson, her son.

She now starts playing every day at 11:45 a.m., Monday through Sunday, and takes requests from fellow residents.

"She's told me it's the reason she gets up in the morning," said Kathee Martinson, Everson's friend. "She has something to do and we would be disappointed if she wasn't here."

She has even taken requests for friends' final moments. Everson said some residents want certain songs played when they pass away.

Grandma Ruth said she plans to play until she can't anymore.