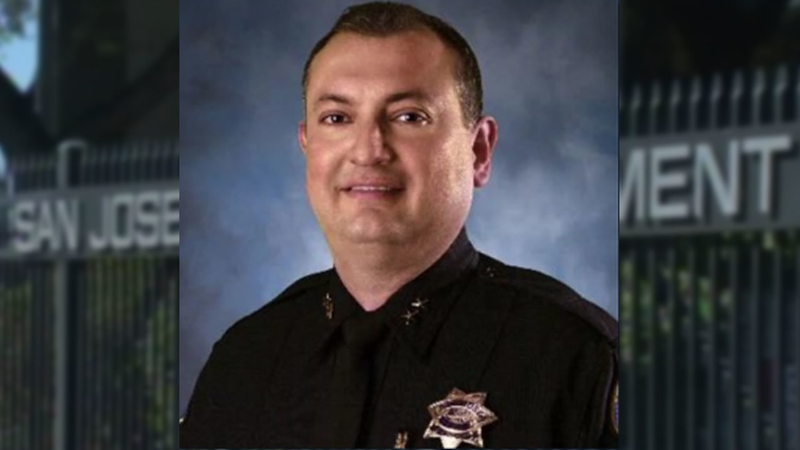 Allegations made against SJPD chief candidate by LGBTQ leader

SAN JOSE, Calif. (KGO) -- Allegations are coming to light over one of the finalists for the San Jose police chief. A former longtime officer wrote a letter to the city manager about Deputy Chief Anthony Mata's treatment of those who are in the LGBTQ community.

Callahan is transgender herself and served as an SJPD officer from 1981 to 2010. She is the founder of the Transgender Community of Police and Sheriffs, a group that offers support to 6,000 transgender law enforcement members across the country. Something she needed during her time as an officer.

"Oh it was very challenging, I could tell you horror stories. A partner of mine stopped talking to me for several years," said Callahan.

Sources close to the selections process tell ABC7 News, the City Manager David Sykes is expected to make his pick for chief Tuesday morning. The office confirmed the selection process will happen sometime in mid-to-late March.

Based on her dealings with DC Mata while they both served in the department, Julie penned a letter to Sykes on Friday, expressing why she believes Mata's appointment could be detrimental.

"He didn't agree with what I was doing, and or that I had transitioned and that it was against his personal belief," says Julie. She went on to explain how painful it was to not have his support during that time.

"I had sat down with about 1,100 people and he was only one of a handful that expressed that to my face," said Callahan.

ABC7 News reached out to San Jose Police who declined an in-person or Zoom interview but sent us a statement from DC Mata, who calls the claims "untrue" saying in part, quote: "The information contained in the letter is being taken seriously and being looked into by the city. I am a firm believer that diversity in a workforce, including sexual orientation, religion, race, gender and more, is essential to good policing."

Julie believes the department has come a long way in accepting its LGBTQ members but continued to document setbacks such as a Jan. 31 letter she penned to police internal affairs showing homophobic memes allegedly circulating on Facebook from another officer.

Julie says in order to advance as a department, she'd like to see someone other than DC Mata as chief.

"Some of the people who are transgender within the department don't come out out of fear. It's something historic that's been in the department for years. I believe that there is a lot of change going on at the department, there's room for more change and I don't see Chief Mata moving toward that change," said Callahan.
Report a correction or typo
Related topics:
societysan joselgbtqpolice chieftransgenderpolice officerpoliceequal rights
Copyright © 2022 KGO-TV. All Rights Reserved.
TOP STORIES
Parents debate push to require COVID-19 vaccine for CA students
Officials ID man shot, killed by police at SFO
49ers fans 'coming in full force' to NFC Championship in SoCal
COVID-19 impact: Marin Brewing Company closing after 3 decades
49ers Fan of the Year organized 1st mass vaccination clinic in Calif.
UCSF neurologist study reveals connections to COVID brain fog
Omicron-specific COVID-19 vaccine starts clinical trials
Show More
COVID-19 updates: WHO warns of rising cases of omicron sub-variant
Community reacts to antisemitic fliers found in SF neighborhood
Cause of death revealed for 23-year-old woman found dead after date
Expert explains why COVID can cause fertility issues in men
Bay Area-based company allows students to video-chat colleges
More TOP STORIES News