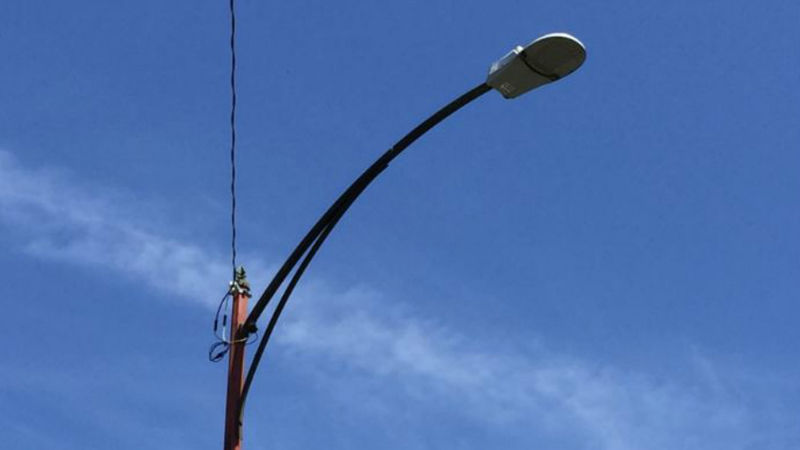 SAN JOSE, Calif. (KGO) -- The City of San Jose Monday morning announced it has reached a tentative $5 million agreement with AT&T to deploy small cell technology on city-owned light poles. The non exclusive, 15-year agreement provides funding to help bolster the city's first responder communications network in addition to paying $1,500 per year for each of the projected 750 light poles to be used. The agreement still needs to be approved by the City Council at its May 1 meeting.

Small cell technology involves antennas and associated equipment to be attached to existing poles, which are commonly 30 feet tall, as opposed to building or adding equipment to much taller cell towers, which have been criticized for being eyesores to residents who live near them. Existing cell towers can range from 70 to 300 feet in height. AT&T says small cell technology is part of its plans to initiate 5G high-speed connectivity.

Several such small cell installations already exist on light poles in San Francisco and several other cities across the U.S.

This is welcome news to the community group SOMOS Mayfair in San Jose, which advocates for families and educational issues in the city's Mayfair district in east San Jose. Executive Director Camille Llanes-Fontanilla told ABC7 News that many families in Mayfair are underserved by broadband services. Children who are expected to do homework and research online often have to share connections in homes which are shared by multiple families. In other cases, they have to go to the local library but may not have transportation to go there. Sometimes, students have to use their parents' cell phones to do online research, which can be cumbersome and inconvenient.

Mayor Sam Liccardo has long advocated for cities to negotiate their own light pole agreements so lease revenue can be used to help address underserved neighborhoods. A proposed bill in Sacramento last year, vetoed by Governor Brown at the last minute, would have set a limit of $750 per pole. San Jose's tentative agreement with AT&T is double that amount.

David Louie will have more on AT&T's small cell plans for San Jose and Mayor Liccardo's assessment of who will benefit on ABC7 News at 5 p.m. and 6 p.m. Click here to follow him on Twitter.