Arrests made after stolen police vehicle found in San Jose

At this time, police have not confirmed whether any of the suspects are connected to the Scotts Valley bank robbery.

Police said one of the suspects was seen in the stairwell at an apartment complex near the area of East Mission and North Seventh streets around 4 p.m.

Search efforts were originally focused around the rural community of Redwood Estates, near the Lexington Reservoir by the Santa Clara County Sheriff's Office.

The armed man is accused of robbing the Bank of America branch at 4525 Scotts Valley Drive and then fled north on state Highway 17 in a stolen white Chrysler shortly before 10 a.m. on Thursday, according to Scotts Valley police Lt. John Wilson.

Wilson said that "a lot" of officers went to the scene and caught up to the Chrysler at Scotts Valley Drive and Granite Creek Road, where they began a pursuit onto Highway 17.

Within 10 minutes of the robbery, the suspect got out of the Chrysler on northbound Highway 17 near Madrone Drive and fled on foot.

It was at this time that a Scotts Valley police officer shot at the man, but it was not clear whether he was hit, according to Santa Clara County sheriff's officials.

The suspect was seen in the area of Aldercroft Heights and Locust Drive, sheriff's officials said around 2 a.m. Friday.

The man was described as Hispanic with a thin build and groomed facial hair. He stands about 5 foot 9 inches tall and was wearing a black jacket, dark jeans and a black mask at the time of the robbery. 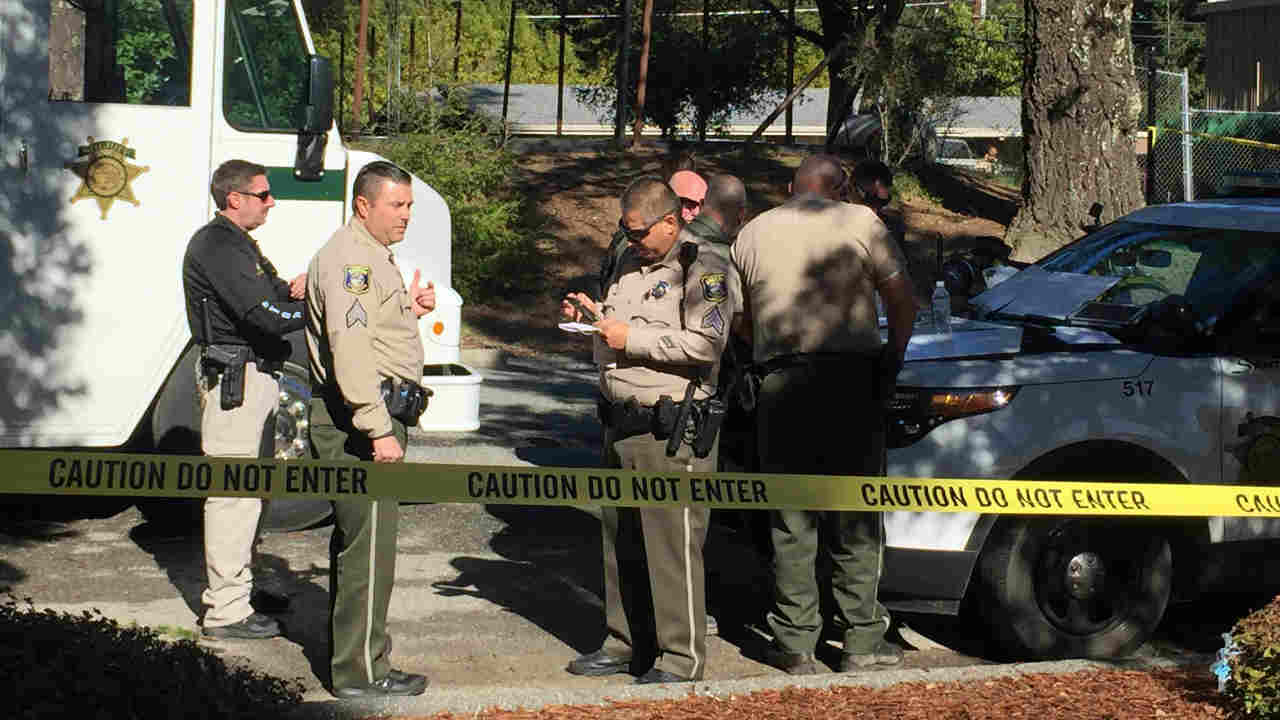