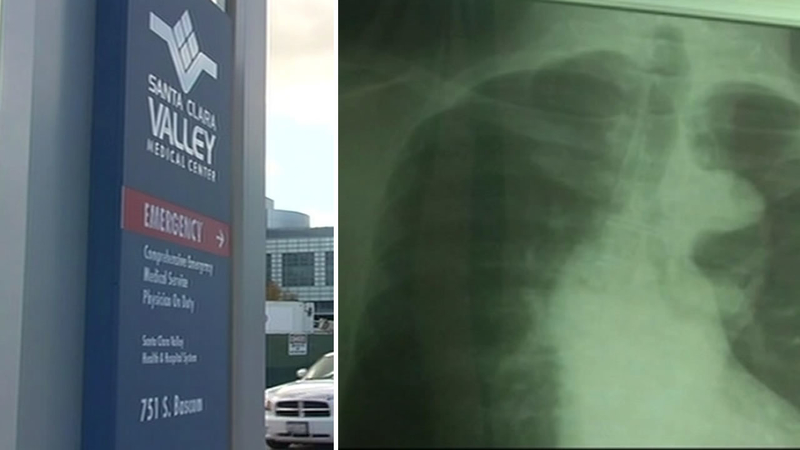 SAN JOSE, Calif. (KGO) -- A South Bay hospital is trying to track down more than 350 newborns and their mothers because they may have been exposed to tuberculosis.

This comes after Santa Clara Valley Medical Center announced that a nurse got sick. She works in the Mother and Infant Care Center at the San Jose hospital and has tested positive for tuberculosis.

"Not every baby who was born during this time was exposed to the employee with tuberculosis," said Dr. Stephen Harris, from the Santa Clara Valley Medical Center.

While stopping short of calling it an emergency, officials at the Santa Clara Valley Medical Center say it's important that they proactively treat 350 infants after they were possibly exposed to a nurse with active tuberculosis.

"Infants have an immature immune system. They don't necessarily localize the infection to their lungs," Harris said. "When a baby gets tuberculosis it can unfortunately travel into the blood stream and throughout the body."

"The context is babies, that's why the hospital is taking it quite seriously and appropriatly so because those babies do need to be carefully evaluated and followed," said Santa Clara County Health officer Sara Cody.

The nurse with TB was diagnosed when she underwent treatment for an unrelated illness.