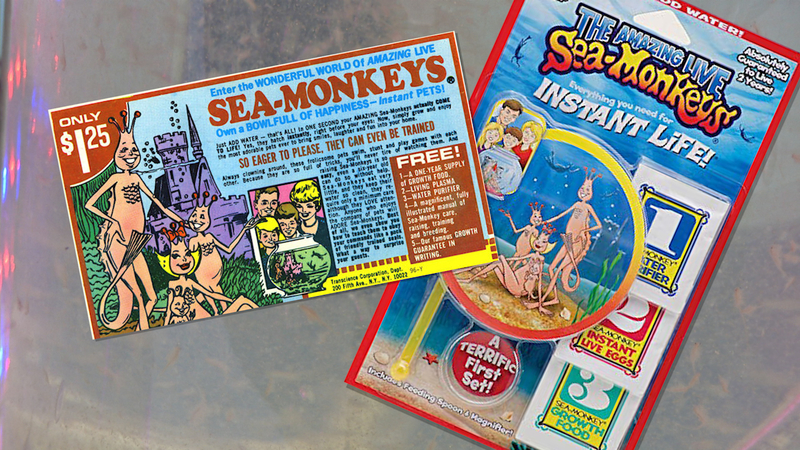 SUNNYVALE, Calif. (KGO) -- Climate change impacts everything from the air we breathe to the food we eat. Now a South Bay company is using Sea-Monkeys to find a new way to reduce carbon emissions and reduce over-fishing of our oceans at the same time.

When you pick up seafood at the grocery store, chances are it was raised at a fish farm.

According to the National Oceanic and Atmospheric Administration, aquaculture supplies more than 50 percent of all seafood produced for human consumption globally. Fish farming seemed like a solution to reduce the impact on our over-fished oceans, but there is a catch. Fish need food, and most of that food is made of fish meal.

"Fish meal is essentially fish that are caught, usually off the coast of South America, that are ground up and fed to other fish," said Brian Sefton, founder of Sunnyvale-based NovoNutrients.

According to the United Nations Food and Agriculture Organization, roughly 32 percent of the world's wild fish stocks are over-exploited, depleted or recovering.

"Aquaculture is set to grow in size as an industry, but this crucial supply of protein is not going to increase," said Sefton.

"Fish have evolved in the ocean to eat other fish and so there is not a good overlap between what agriculture is providing and the fish that we want to eat, want to eat," said company CEO, David Tze.

NovoNutrients could revolutionize how we feed farmed fish and "reduce" carbon dioxide emissions at the same time. Carbon dioxide is the greenhouse gas that scientists say is responsible for climate change worldwide.

They call it NovoMeal - made from bacteria that eats CO2, It is brewed into a high protein feed. The guinea pigs in this experiment are Sea-Monkeys, those brine shrimp advertised in the back of comic books.

With promising results, the company is now beginning to test NovoMeal on other species -- starting with fish -- but with an eye, and mouth, toward other animals as well.

"We take industrial emissions and, through a microbial process, turn them into a high protein ingredient that can go into feeds for fish, chicken, pigs, even some day for people," said Tze.

"Food is one of the main products we are focused on, and that's mainly high protein food ingredients," said Sefton.

NovoNutrients envisions scaling up operations, capturing carbon emissions at their source and turning them into food. The company hopes to have its fish food commercially available by 2021.