Astronomers capture what can't be seen: a black hole 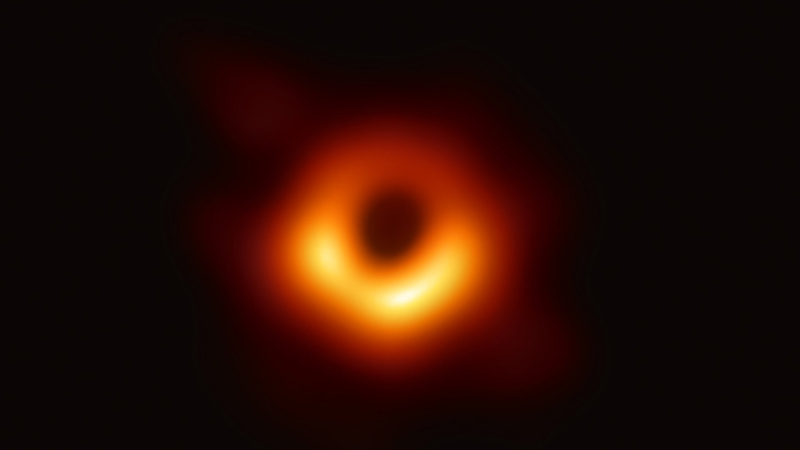 First image of a black hole

OAKLAND (KGO) -- It's a breakthrough that is thrilling the world - humanity's first look at a black hole.

"We have seen what we have thought was unseeable," said Shep Doeleman, an astronomer at the Harvard-Smithsonian Center for Astrophysics. "We have seen and taken a picture of a black hole."

The announcement was made at the National Science Foundation in Washington, D.C., which spearheaded the 10-year search for visual proof of a black hole.

The image caught the imagination of astronomer Gerald McKeegan at Chabot Space and Science Center in Oakland.

"There is so much energy being produced that you get this glow around it and that actual material being pulled into the black hole with a tremendous amount of energy," said McKeegan, who explained that the material moving around the outer edge of the black hole is moving at light speeds and creating the colorful glow.

Black holes are stars that died, exploded and collapsed into a super dense object the size of a grain of sand.

"If you can image 6.5 billion suns squeezed down to smaller than a grain of sand. And it has so much gravity, that anything that gets close to it will not be able to escape," explained McKeegan.

Not even light is able to escape. Just getting a picture of it was a remarkable achievement. This black hole is located in the M87 galaxy, in the Virgo constellation about 55 million light-years away.

To get an image of the black hole an extraordinary amount of events had to take place. First photons of radio waves just millimeters in wavelength had to leave the event horizon of the black hole.

"The radio waves would have to propagate 60,000 years through the M87 galaxy and another 55 million years in intergalactic space before reaching earth," said Doeleman, who then explained that the radio waves had to get past the water vapor in the earth's atmosphere to be seen by our telescopes.