'Upside down floating reef' in the San Francisco Bay could change ecology of shoreline, experts hope

KGO
By Dan Ashley & Tim Didion
SAN FRANCISCO (KGO) -- A secluded lab in the East Bay is beginning to generate data they hope could have a dramatic effect on our shoreline.

Nearly every day, ships from around the world carry goods in and out of the Port of Oakland. But in their shadow, one tiny vessel is collecting the kind of cargo that could change the ecology of San Francisco Bay.

"Yes, it's an upside down floating reef," says Adam Marcus of the California College of the Arts.

Design Architects from the CCA and its Architectural Ecologies Lab recently teamed with the port and marine research groups to launch the Bouyant Ecologies Float Lab. Looking something like small UFO that crash-landed in the Bay, the lab is actually a platform that's helping designers learn how to blend biology with architecture.

Since it was placed in waters near the port, the floating lab has been gathering hangers-on. Small sea life that's key to the Bay's food chain.

"There's a lot more under the water than one would assume, just from looking at the industrial landscape here. So everything from oysters, to crabs, to sea urchins," explains Marcus.

Now, nearly a year into the project the team is hoping to devise the best materials for their test subjects to latch onto one prototype, developed by students and faculty employs vertical reefs, using materials that might be 3-D printed, or mixed with organic substances.

"So we'll be able to test that and see if the invertebrate will attach itself and start to branch over column to column, that we really might be able to build a sponge like community," says CCA architecture professor Margaret Ikeda.

And being architects, the goal is to build from there. To develop structures that can be designed into big ticket projects all around San Francisco Bay, like the major shoreline upgrades planned for San Francisco's Embarcadero and already underway at Crissy Field. A coming golden age perhaps, of what some are calling, bio-architecture.

The project is supported by both the Port of Oakland and the San Francisco Bay Conservation and Development Commission.
Report a correction or typo
Related topics:
sciencesan franciscooaklandenvironmentarchitecturebay shoremarine pollution
Copyright © 2020 KGO-TV. All Rights Reserved.
ENVIRONMENT 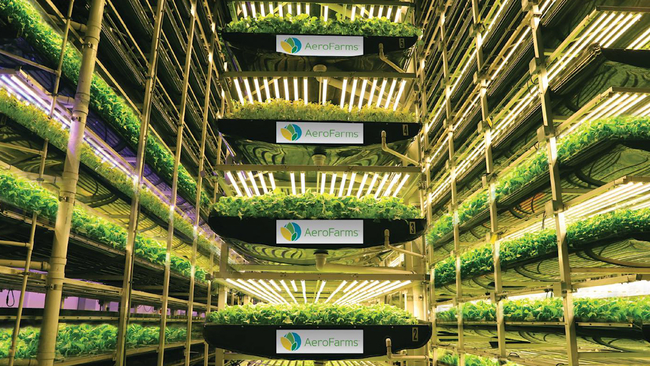