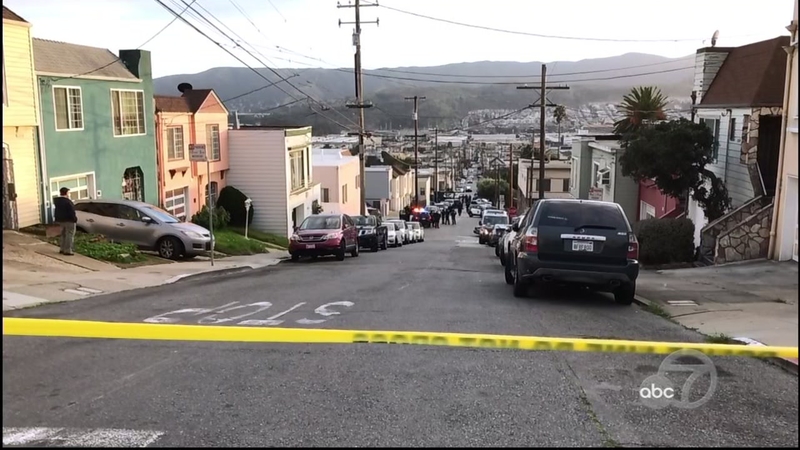 SAN FRANCISCO (KGO) -- San Francisco police are investigating a home invasion robbery that ended in one of the suspects firing a shot while running away from police.

Officials say officers responded to a report of "trespassers in a residence" around 3 p.m. Tuesday near Campbell Ave. and Rutland Street.

When officers arrived on scene they saw two suspects running out of the home and that's when police say one of them fired a shot.

One suspect was able to get into a car that was being driven by a third suspect and drove away from the scene.

Officers were able to track down the other suspect that ran away and detained them in a nearby yard.

Police say none of the officers fired their guns during the incident and no injuries were reported.