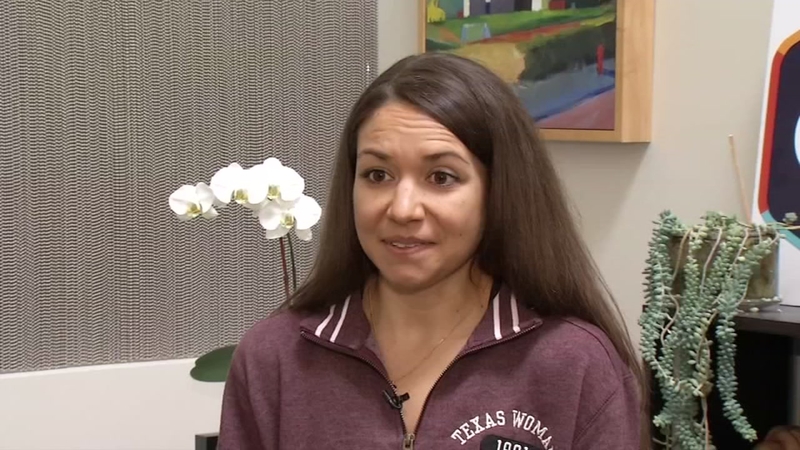 Roxanne Vogel is one peak short of becoming part of the 7-summit club, an elite group of climbers that have reached the tallest peak in each continent. This December, she will complete the challenging list by climbing Mt. Vinson in Antarctica.

Last week, she arrived in San Francisco with another gold star : a record-breaking climb of Mt. Everest. From sea level to summit, she reached the top in 14 days -- the fastest-known ascent of that mountain.

So, it's an understatement to call Vogel a very serious climber.

A viral photo of the massive and often dangerous lineup on Mt. Everest captured last week shows that many who attempt the perilous course are often not as prepared or as skilled as Vogel. It has been a deadly climbing season in Nepal with 11 deaths in just the month of May. Nepalese officials are now rethinking their permit system, one that has no limits or requirements for experience.

She climbed from the Tibet side, where this year they reduced the number of permits granted by 30 percent.

"You can absolutely look at the north as the way things ought to be, just that freedom of being in the mountains alone is a feeling unlike anything else. I can't imagine waiting in a line to get to the top to take a picture," she said.

Vogel says it's unfortunate that the climbing community is facing criticism because of all the negative stories around climbing Mt. Everest. She insists that serious climbers respect the process of preparing for the climb and have a deep understanding of the dangers of their sport.

"On my summit day, I saw four bodies. They would be within a few feet of me. So you have to stop and stand there and be next to the body doing what you're doing and it's really eye opening."

She suggests that Nepal require climbers to have health checks and a minimum amount of climbing experience. With six major peaks under her belt, she says it's shocking that some would attempt Mt. Everest as their first mountain.

"It also goes to show that there are other ways to climb the mountain, or doing an accelerated itinerary, it doesn't have to be what you saw on the south this year."
Report a correction or typo
Related topics:
societyberkeleymountainshikinghobbies
Copyright © 2021 KGO-TV. All Rights Reserved.
TOP STORIES
SFGH to give supplemental mRNA vaccine to those who got J&J shot
EXCLUSIVE: SJ businesses targeted by anti-maskers amid surge
Delta variant creates 'tricky path' for Newsom ahead of recall
Bay Area health officers issue new indoor mask mandate
Kaiser Permanente, others announce vaccination requirements
Can a breakthrough infection still lead to long haul COVID-19?
7 On Your Side investigates calamity at California EDD
Show More
CDC COVID map shows areas of high transmission in Bay Area
Simone Biles wins bronze on balance beam
Epidemiologist explains how effective the COVID-19 vaccine really is
Evictions expected to spike as pandemic moratorium ends
I-580 reopens after police activity closes freeway in both directions
More TOP STORIES News