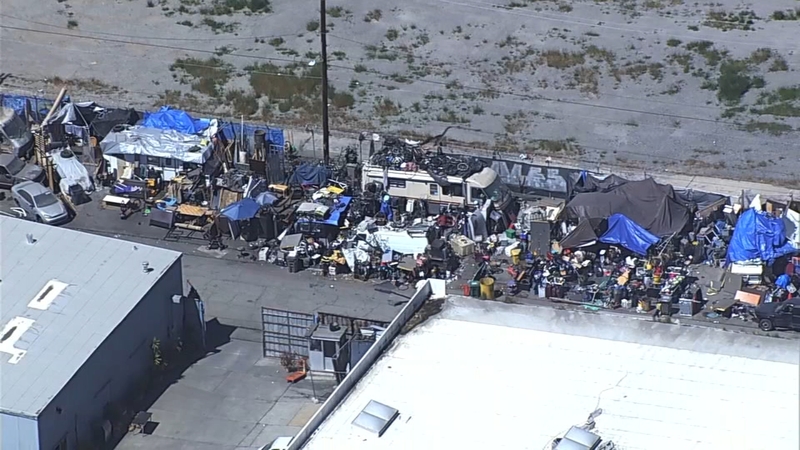 OAKLAND, Calif. (KGO) -- An audit of Oakland's response to the rise in homeless encampments found the city was "not adequately prepared to shoulder such a massive project."

"The city did not have a strategy," Oakland City Auditor Courtney Ruby told ABC7 News. "They were overwhelmed by that crisis."

RELATED: What it's like at the newest (and most colorful) tiny home village for unhoused young people in Oakland

The audit sought to answer several questions, including how much the city had been spending to manage encampments and how the encampments impacted local businesses, city staff and the unsheltered residents themselves.

In terms of expenditures, the city spent $12.6 million over the past two years, dealing with some 140 encampments around the city.

According to the report, "Most of these costs were unbudgeted and resulted in the city forgoing other services to redirect staff and resources to encampment activities."

Additionally, the city had to pay out multiple worker compensation claims due to staff who had reported traumatic and dangerous working conditions while in the encampments.

"The city workers were being threatened. Threatened with guns, axes, aggressive dogs, exposed to COVID, feces and needles," said Ruby.

The audit was commissioned in 2019 by Oakland City Council President Nikki Fortunado Bas.

"The audit confirms our assessment of the magnitude and complexity of this crisis," said Bas.

She said she is still waiting on part two of the audit, which will examine the millions of dollars that the city has spent on homeless service contracts, shelters, and affordable/transitional housing construction for data on how effective those programs have been.

Though, her general takeaway was one of frustration due to a lack of action and urgency.

"The city is not yet doing what it needs to do," said Bas.
Report a correction or typo
Related topics:
societyoaklandbudgetcrimeshelterhomelessinvestigationaffordable housing
Copyright © 2021 KGO-TV. All Rights Reserved.
TOP STORIES
3 Bay Area counties may be 1st to mandate masks again
Here's when to get tested for COVID-19 (even if you're vaccinated)
Here's how seawater could be answer to California's drought
Oakland family files lawsuit against driver of deadly hit-and-run
Texas deputy AG apologizes to Biles, calls her 'true patriot'
Astronomers discover light from back of black hole for 1st time
Here's how, when to watch NBA Draft on ABC
Show More
CA recommends wearing mask indoors even if you're vaccinated
Bay Area school districts desperate to hire teachers amid shortage
Google, Facebook will require employees to be vaccinated
SF DA looks for new approach to homeless, mental health issues
Sunnyvale declares water shortage, residents asked to conserve
More TOP STORIES News