KGO
By by Cornell Barnard
SONOMA, Calif. (KGO) -- A sea lion had to be rescued in Sonoma County after it tried to get onto Highway 37 several times. The wayward pup's name is School Daze. Turns out he has a name because he's been rescued before by the Marine Mammal Center. Vets there are now trying to determine what's causing him to turn up in odd locations like Highway 37 near Sonoma Raceway.


Sky7 HD was overhead as a rescue mission unfolded. The goal was to try to keep the curious sea lion pup out of traffic. But it wasn't easy, it was a long game of cat and mouse. The pup was determined to cross Highway 37.

"We just kept an eye on him each time as he swam through the water," said Melisa Amato with the U.S. Fish & Wildlife Department. "And each time he tried to come up onto the bank and approach the freeway we just kind of distracted him and kept him back in the water."

Wardens and CHP officers used boards to corral the pup into a temporary dog crate until the Marine Mammal Center could arrive. The sea lion was finally safe inside.

"These animals, it's not that uncommon for them," said Laura Chapman with the Marine Mammal Center. "California sea lions are kind of crafty, they go where they want to."

Last December, a 500 pound elephant seal certainly did just that when she hopped out of San Pablo Bay and tried to cross the same highway until she could be coaxed back into the water.

Why here? No one really knows.

"We haven't had very many get stranded in this area, so fingers crossed we don't have any more anytime soon," said Chapman.

This sea lion pup appeared to be healthy and is now headed for the Marine Mammal Center for a checkup.

VIDEO: Crews have just captured a lost sea lion in Sonoma off of Hwy 37https://t.co/oTDshg6DCb 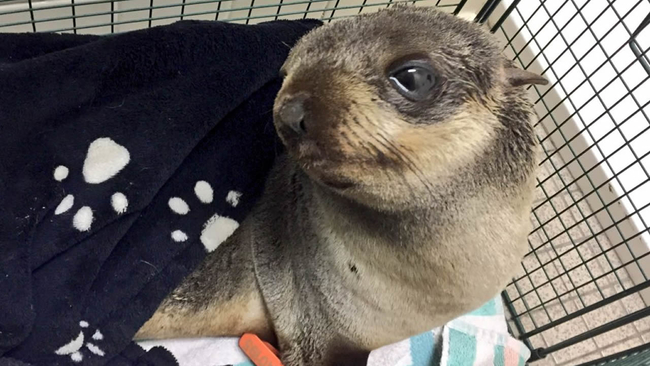 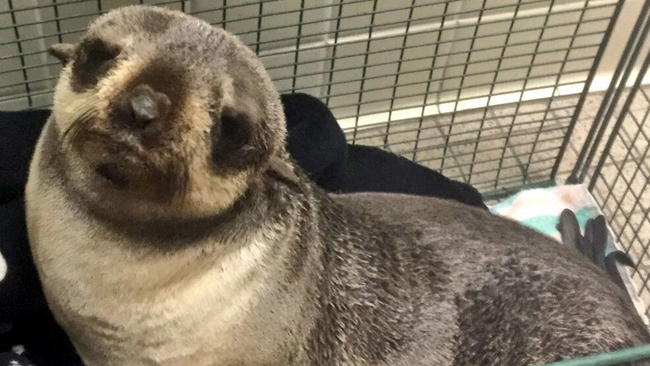 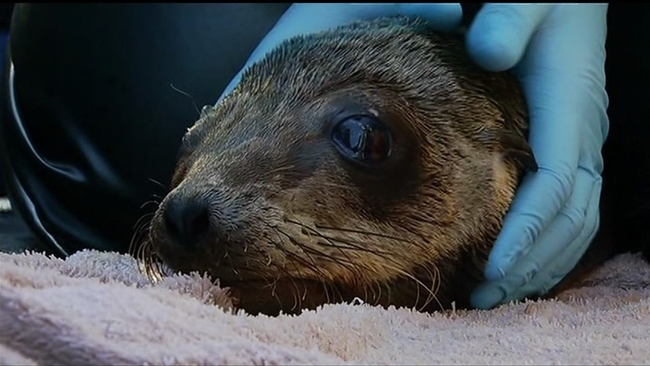