KGO
By Anser Hassan
SAN FRANCISCO (KGO) -- The San Francisco Planning Commission will consider a proposal on Thursday to allow people living in the RVs or cars, to park and sleep overnight in parking lot near the Balboa Park BART Station.

"I have seen a lot of homeless people here, and it's really sad. I'm really excited. I didn't know that they were (planning) to let homeless park over there. Hopefully, they will have safe place to sleep," says Jocelyn Hernandez Gomez. She lives walking distance from the BART station and parking lot.

San Francisco Supervisor Ahsha Safai (District 11) put forth the idea with Supervisor Vallie Brown. He says they picked this site because the City already owns the land and because it not near residential streets. And since it is already parking lot, it will require few modifications.

Safai says the parking lot will be monitored 24 hours day by security cameras and security guards. They will also put up privacy screens and lighting. The City will also provide access to bathroom and shower facilities, along with social services, such as job training.

"The idea is, you are less likely to get someone that owns a vehicle to give that vehicle up to move on. So this is a way to have a space where they can be safe," explains Safai.

The proposal to consider such long-term parking solutions was approved by the Board of Supervisors in April in an attempt to address San Francisco's growing homeless population.

According to the San Francisco Homeless Count & Survey Comprehensive Report, 2019, there are more than 8,000 homeless people in San Francisco -- up 17 percent since 2017. About seven percent live in their car or RV.

"People need to understand, those that are living in their vehicles are not the hard, hardcore homeless that people think about, drug addicts, (those with) mental health issues. They are a very different subset of the homeless population," says Safai.

Safai also points out some of the restrictions. The only people allowed to park at the lot are those who are referred by the City's Department of Homeless and Supportive Housing. Their outreach team will first vet all applicants, and determine who can participate.

Despite these precautionary measures, some nearby residents have expressed concerns.

But she supports the proposal because she knows the area will be well-monitored and will help people a vulnerable group of people safe.

If approved by the Planning Commission, the City's planning code would be have to be amended to allow long-term parking. Such a decision would require approval by the Board of Supervisors.

If the proposal is passed, the pilot program could begin in November at a cost $500,000.

Even still, it is only a temporary solution. The program will only go one year. The parking lot is earmarked to be converted into affordable housing within the 12 to 24 months.
Report a correction or typo
Related topics:
societysan franciscoshelterbuilding a better bay areahomelesshousingcaraffordable housing
Copyright © 2021 KGO-TV. All Rights Reserved.
RELATED 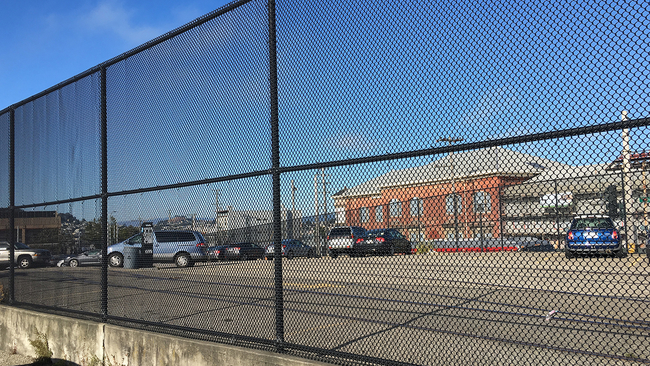