Now, Jackson has broken barriers in California's legal system, an achievement she doesn't take lightly. "A little bit of this is what I'm doing because I love it so much but I cannot dismiss or minimize that it is history. And I am proud that I can be a part of the history. But most importantly it was not my goal, it was my goal to just do a good job."

RELATED: Activists fight to save Brooklyn home believed to be part of Underground Railroad

When Justice Jackson was five she saw the movie "To Kill a Mockingbird," and knew she wanted to work in the justice system. After attending Georgetown University Law Center, Justice Jackson went on to serve as a lawyer, she worked at District Attorney's offices in San Mateo County and San Francisco and was also a law professor at the University of California, Hastings College of the Law.

While the journey has been rewarding, it hasn't always been easy, "there are challenges and a lot of times there is that loneliness. People are always questioning you, people don't believe you should be here, and it's not that you have to prove yourself. You just have to do what you know what you're capable of doing and not let them be a distraction."

RELATED: One of the most important Civil War leaders was erased from history for 100 years

Justice Jackson hopes her journey can inspire others. "If I can encourage others to come immediately behind me, not long, I don't want to hear the next African-American woman appointed to the first district is going to be 2030 years from now, but others to say you know what I'm going to do the application I'm going to submit my name, I'm as qualified as everyone else and to do it."
Report a correction or typo
Related topics:
societysan franciscocourthistoryblack historyblack history monthafrican americanslegal
Copyright © 2021 KGO-TV. All Rights Reserved.
BLACK HISTORY MONTH 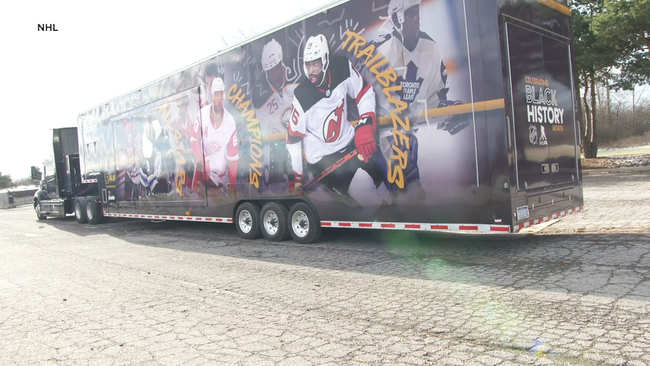