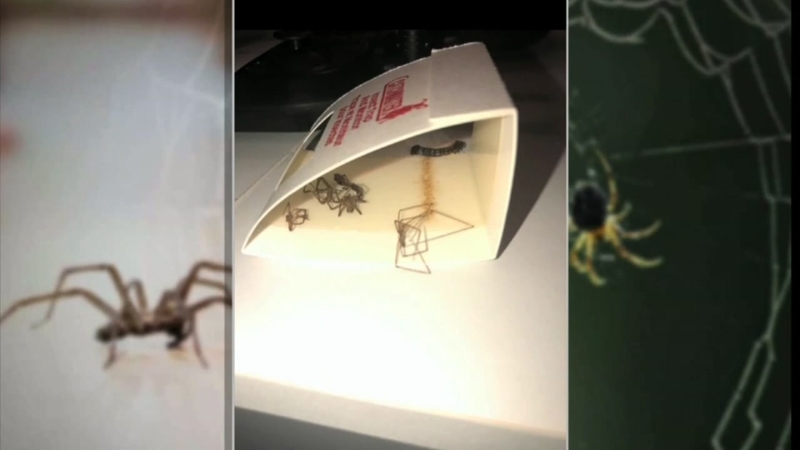 BRENTWOOD, Tennessee -- A Brentwood woman is recovering after a brown recluse spider bit her several times.

Angela Wright said she woke up with arm pain and noticed a couple of bumps on her chest and arm, but didn't think much of it.

She went to the doctor's office and was sent home with medication. Wright was rushed to the emergency room a couple of days later after she described feeling like she was hallucinating.

"I couldn't walk, I couldn't move and I could barely swallow. I was starting to hallucinate," Wright said to WSMV-TV.

She notified management at her apartment complex, which sprayed her unit. Wright said the dangerous spiders came back.

"We were finding brown recluses left and right, in our bed, in the ceiling, in the iron, in her shoe," said Wright.

She is in the process of moving out of her apartment and asked the complex to break her lease.
Wright recorded her landlord's response on her cell phone. "We're never going to get rid of them. It's just part of Nashville and the south in general."

"They said the only thing they can do is give me a 60-day notice and I will have to fulfill that," said Wright.

"This isn't my problem," she said. "I came here thinking that this was a nice place to live."

The brown recluse is one of the most dangerous venomous spiders. It is usually between the size of a quarter and a half-dollar.
The brown color that gives the spider its name can range from a light yellowish brown to a dark red or chocolate brown.

The main features that distinguish the brown recluse are a violin-shaped marking on the spider's body and their three pairs of eyes arranged in a semi-circle.
EMBED More News Videos

A guide to Houston spiders