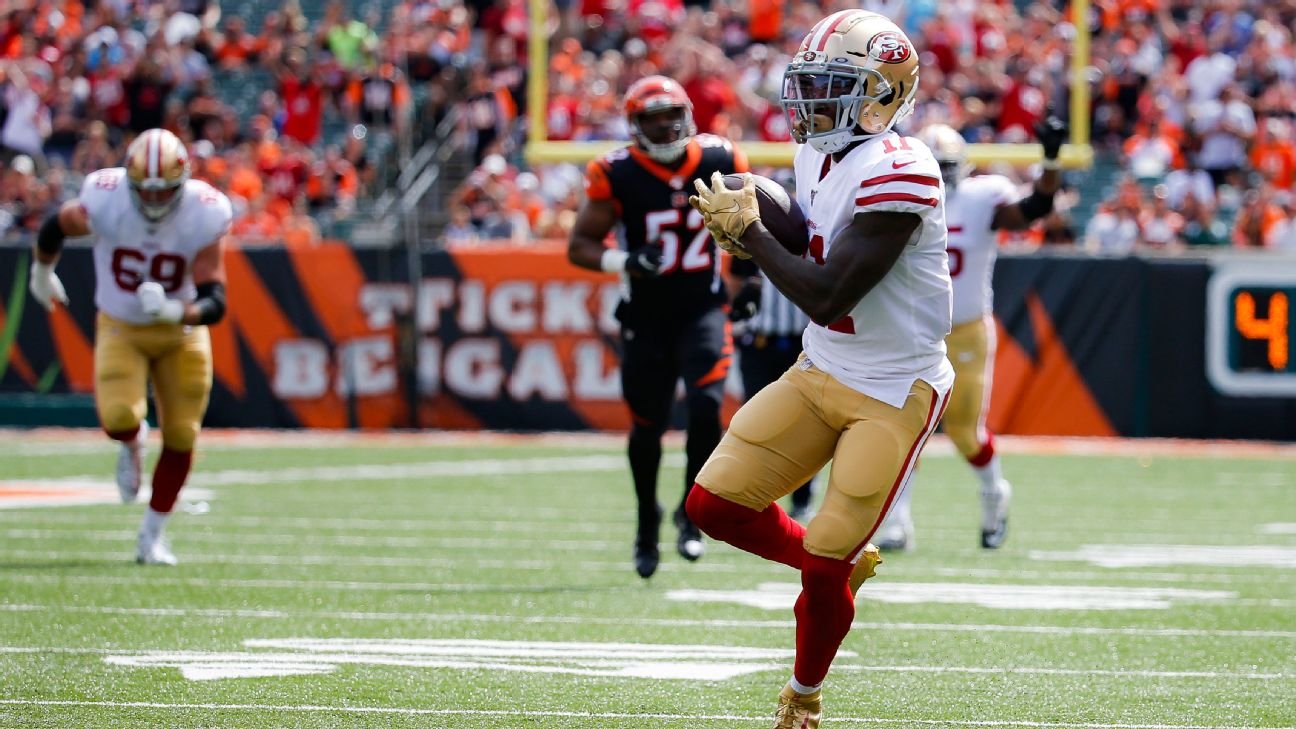 CINCINNATI -- One way for San Francisco 49ers quarterback Jimmy Garoppolo to knock the rust off from last year's torn ACL is to throw to wide-open receivers. And they don't get much more open than Niners wideout Marquise Goodwin on the Niners' first offensive possession Sunday in Cincinnati.

On the fourth play of the Niners' opening drive, coach Kyle Shanahan dialed up a play that left Goodwin all alone on the left side for an easy 38-yard touchdown pass from Garoppolo. According to NFL Next Gen Stats, Goodwin had a whopping 13.2 yards of separation on the play, the most open a receiver has been on a score so far this season and the most open touchdown for a 49er in a game since 2016.

The design of the play called for play action with Garoppolo rolling to his right as Goodwin came across the formation and leaked out the left side. As the coverage followed the ball to the right, Goodwin found himself with nothing but field turf in front of him as he hauled in the pass and waltzed into the end zone to stake San Francisco to an early 7-0 lead.
Report a correction or typo
Related topics:
sportsespnsan francisco 49ersmarquise goodwinnfl
Copyright © 2020 ESPN Internet Ventures. All rights reserved.
More Videos
From CNN Newsource affiliates
TOP STORIES
Fires, looting erupt as vandals strike East Bay businesses