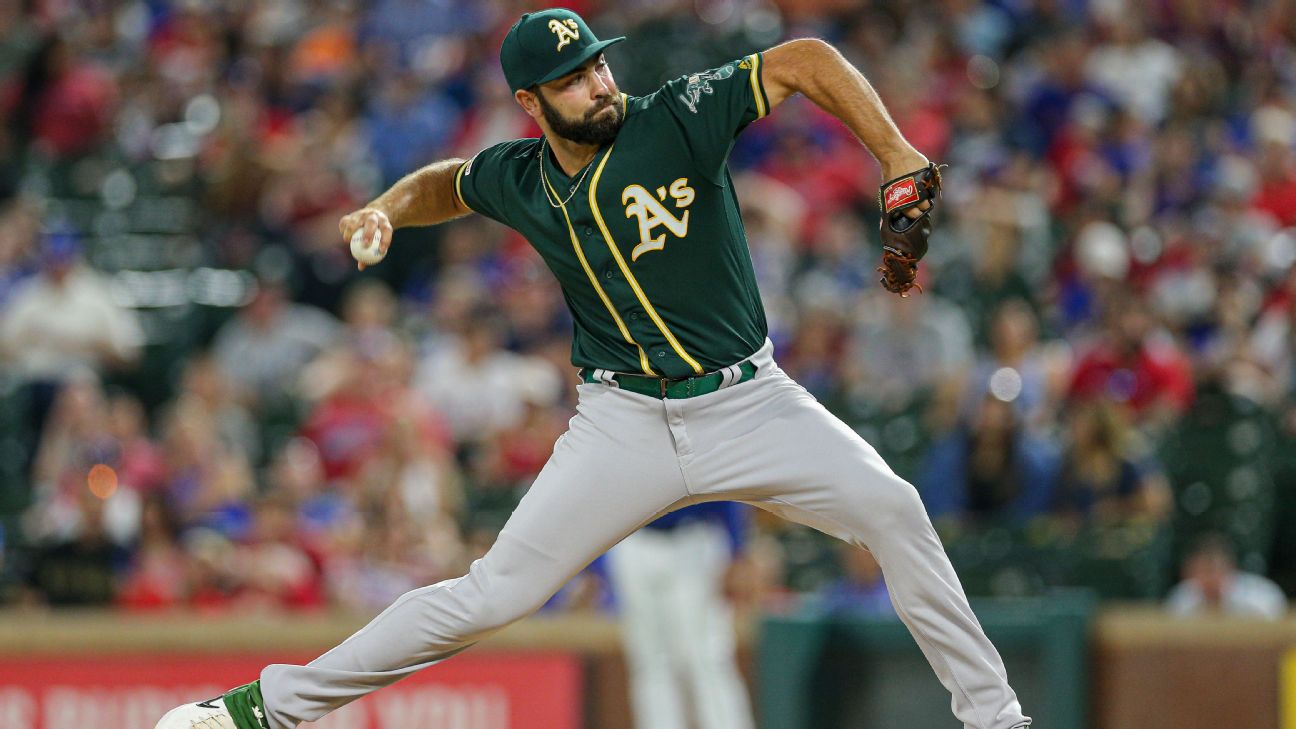 ESPN
ANAHEIM, Calif. -- Oakland Athletics reliever Lou Trivino will miss the rest of the regular season and likely the playoffs after cracking a rib falling in the shower.

Manager Bob Melvin said Tuesday he did not expect Trivino to be available in the postseason should the A's secure a spot after the 27-year-old right-hander was injured in his Bay Area apartment last week.

"We're saying, for sure, the regular season," Melvin said. "He's going to get a second opinion, I think, at some point in time here, but it doesn't look great, unfortunately."

The A's held a 1 1/2-game lead over the Tampa Bay Rays for the first American League wild card going into Tuesday. Oakland opens a two-game series against the Los Angeles Angels on Tuesday night.

Oakland will also be without right-hander Blake Treinenfor the rest of the season because of a hip and back injury.

Trivino and Treinen were two of Oakland's most effective pitchers coming out of the bullpen in 2018 but had not been nearly as productive this season. Trivino was 4-6 with a 5.25 ERA in 61 games this season after posting a 2.92 ERA as a rookie. Treinen was 6-5 with a 4.91 ERA in 57 games after he had a 0.78 ERA as an All-Star last season.
Report a correction or typo
Related topics:
sportsespnoakland athleticsmlblou trivino
Copyright © 2020 ESPN Internet Ventures. All rights reserved.
More Videos
From CNN Newsource affiliates
TOP STORIES
Man dies after Tesla crashes, bursts into flames in Pleasanton