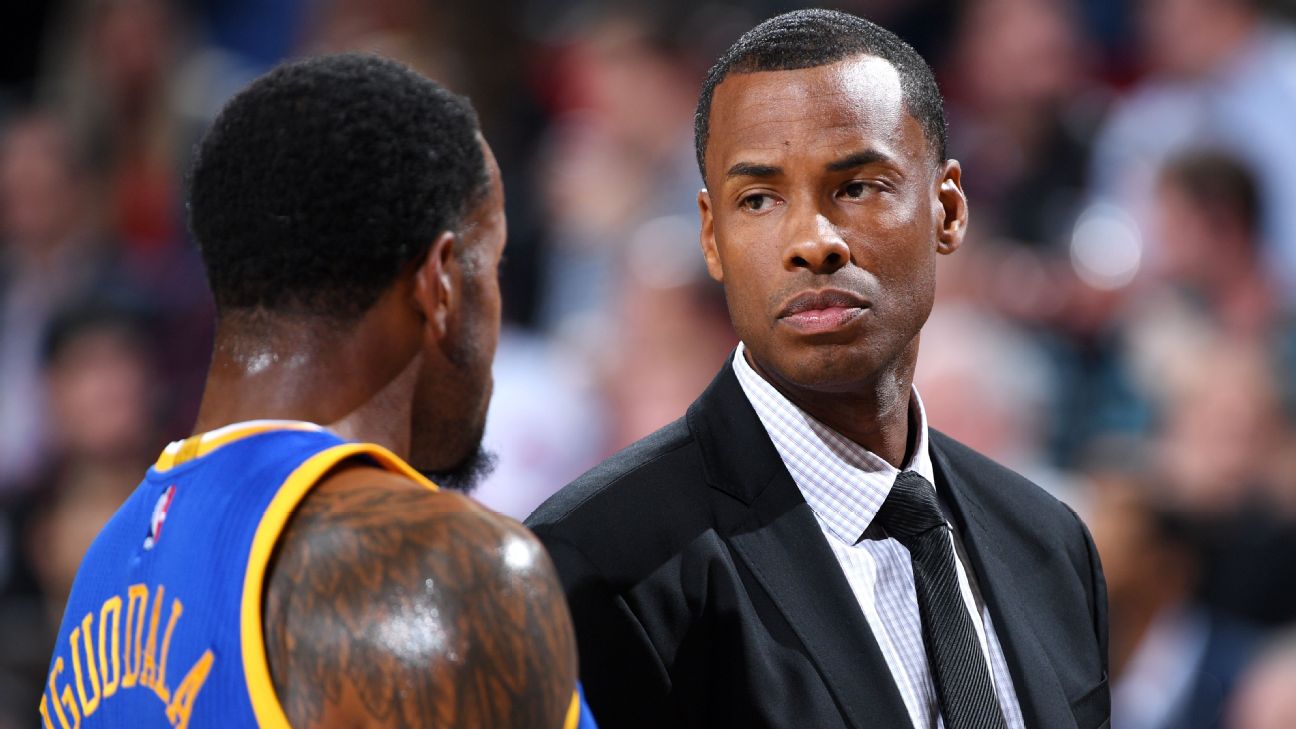 TheGolden State Warriors and longtime assistant coach Jarron Collins have mutually agreed to part ways in his quest to pursue head-coaching and associate-head-coach opportunities, he told ESPN's The Undefeated on Monday.

Collins, 42, joined the Warriors before the team's 2014-15 NBA championship campaign as a player-development coach. The former NBA center was promoted to assistant coach in front of the Golden State bench during the 2015-16 season. Collins was the defensive coordinator for the Warriors the past two seasons and led the franchise to a fifth overall rating last season. The Warriors won three NBA titles during Collins' tenure.


"This is about myself and my own personal growth," Collins told ESPN's The Undefeated. "I had a conversation with [head coach] Steve [Kerr] and the Warriors. I've been there seven years and coached Hall of Fame players. We've won championships. I learned so much. For me, this is about taking the next journey and next step in my career.

"Obviously, Steve Kerr is the head coach and Mike Brown is the lead assistant. It's time for me to step out and see whatever opportunities are out there for me."

Collins has interviewed for NBA head-coaching jobs with the Chicago Bulls in 2020, the Memphis Grizzlies in 2019 and Atlanta Hawks in 2018. He also turned down a lead assistant-coaching job under current Grizzlies coach Taylor Jenkins in 2019.

Kerr said Collins has "all the skills necessary" to be an NBA head coach.

Collins was highly respected and well-liked by the Warriors' players. Warriors forward Draymond Green once described Collins' defensive game plan as "[expletive] phenomenal" to the San Francisco Chronicle, while forward Marquese Chriss said it was "super beneficial" to have him in player development. Collins also developed a reputation for crafting easy-to-understand defensive game plans and his meticulous approach to watching game film.


"I'm going to really miss Jarron, both personally and professionally," Kerr told The Undefeated in a statement. "He's an excellent coach and a wonderful human being. It's going to be different without him around, but he deserves the chance to continue his growth with the goal of ultimately becoming a head coach in the NBA. Jarron has all the skills necessary. He's a great teacher and communicator, he's smart and funny, and he knows the game."

Collins has moved back to his hometown of Los Angeles with his wife, Elsa, and three children. He said that he has received some coaching interest from NBA teams. ThePortland Trail Blazers, Boston Celtics and Orlando Magichave openings for a head coach. The former Stanford star would also be open-minded to being a head coach on the college level.

Drafted in the second round of the 2001 draft, Collins played 10 seasons in the NBA for the Utah Jazz, Phoenix Suns, LA Clippers and Blazers. 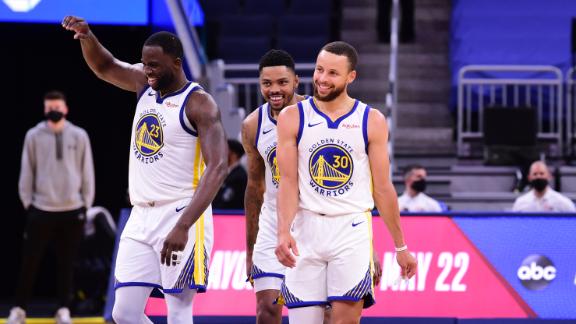