Bill Belichick flexed on the whole NFL at the Super Bowl 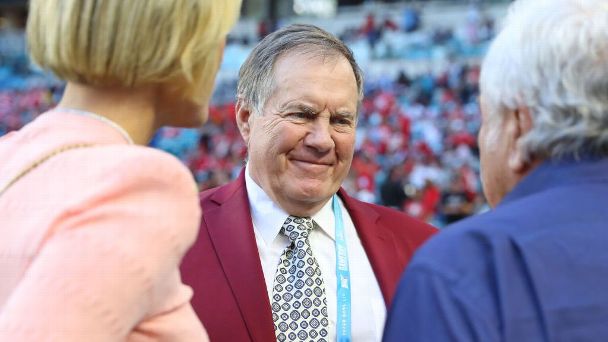 His Patriots maybe not be in the Super Bowl this year, but Bill Belichick was ... and he had a reminder for the NFL of just how many times he has won the Lombardi trophy.

As the saying goes -- if you've got it, flaunt it.

He wasn't done there, though. Here he is posing with some Patriots legends as part of the NFL 100 celebrations. Belichick's greatness as a coach is beyond dispute, and part of it is his ability to get the most out of his players -- whether he drafted them himself, like Rob Gronkowski, or traded for them, as he did with Randy Moss.

It's still up in the air as to whether or not Belichick will be coaching Tom Brady next season, but it doesn't look like the legendary Patriots head coach is even close to done yet.

Need more Belichick in your life? Here's our latest coverage: