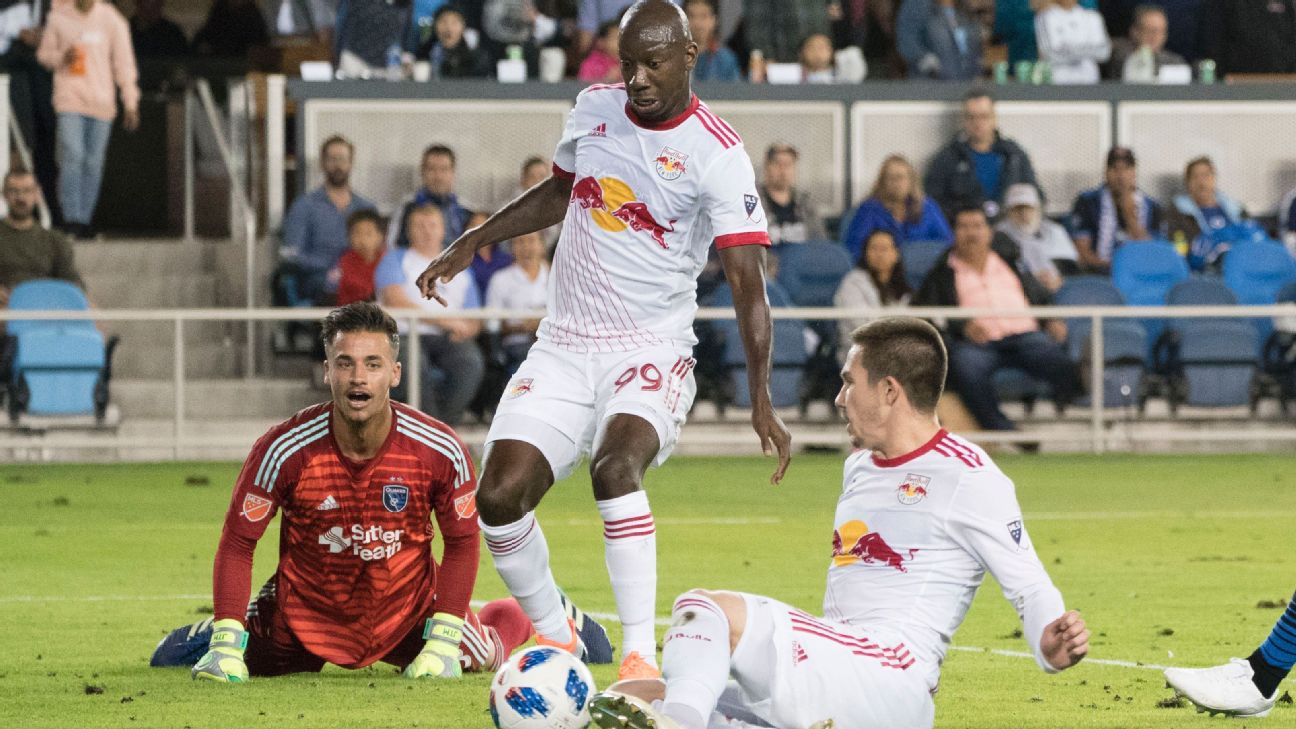 Bradley Wright-Phillips became the first player in MLS history to record three 20-goal seasons, bagging his 20th of this campaign in the 32nd minute of the New York Red Bulls' 3-1 victory over the Earthquakes in San Jose on Saturday night.

Wright-Phillips previously scored 27 goals in 2014 and 24 in 2016. His 2014 season had tied an MLS single-season scoring record that stood until Atlanta United's Josef Martinez broke it this year.

Alex Muyl also scored early for the Red Bulls, who remained within a point of Atlanta in the chase for the Supporters' Shield. Atlanta defeated New England 2-1 earlier Saturday.

Defender Aaron Long added a goal in the second half as New York picked up its seventh road win of the season.

Earthquakes forward Chris Wondolowski scored late to move one goal closer to the MLS all-time scoring record. The 35-year-old now has 144, one shy of Landon Donovan.

Wright-Phillips was already one of only two players to score 20 goals in multiple MLS seasons, alongside New York City FC's David Villa.

He entered solo territory when he gave his team a two-goal lead.

Off a free kick from the right, Wright-Phillips sent an initial flick-on header toward the far post, where it clanged against the upright and then back in front of goal. The 33-year-old striker was first to the rebound, slotting it across the line this time with a right-footed finish from a tight angle.

Muyl opened the scoring three minutes earlier when he reached a rebound of Michael Murillo's shot and directed it past goalkeeper JT Marcinkowski.

Long made it 3-0 with a header off a corner kick that rattled the underside of the crossbar on its way in. Tim Parker redirected Marc Rzatkowsi's corner to help set Long up for the finish.