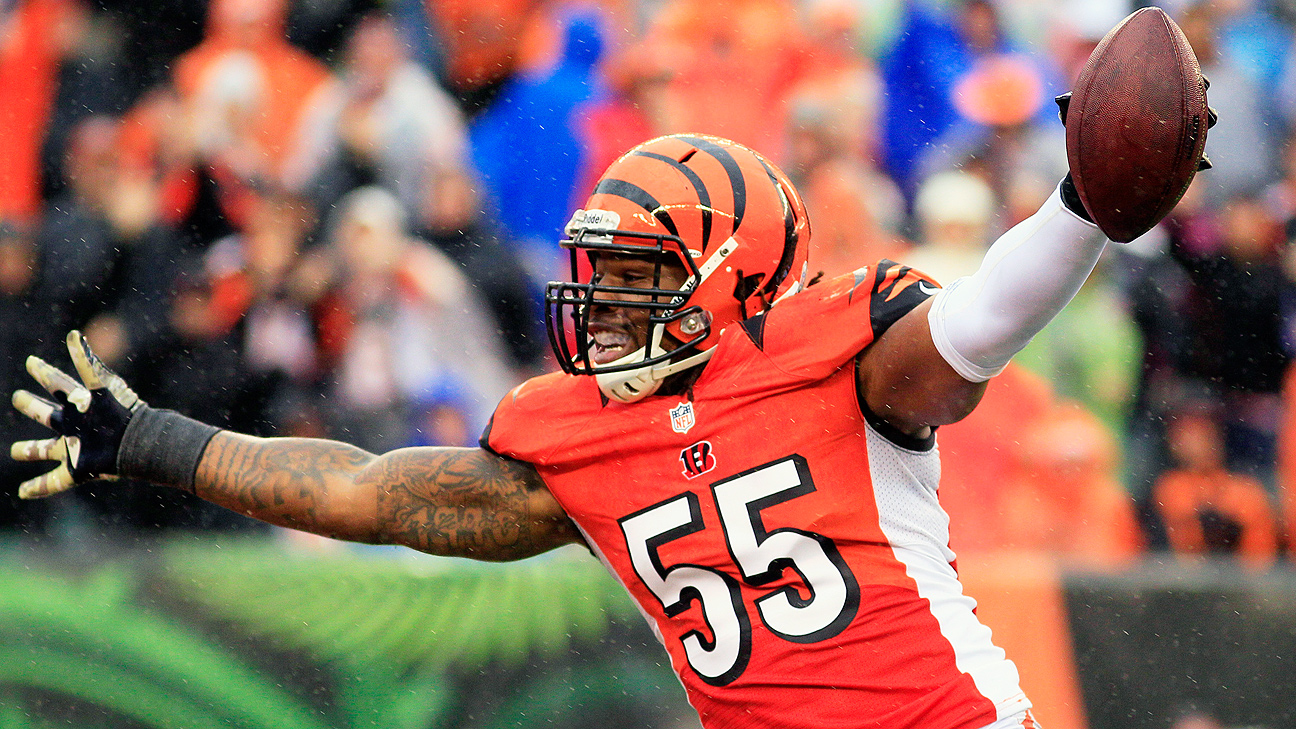 The Oakland Raiders have signed Vontaze Burfict to a one-year contract, a day after the veteran linebacker was released by the Cincinnati Bengals.

The deal is worth up to $5 million, according to NFL Network.

With the Raiders, Burfict, 28, will reunite with defensive coordinator Paul Guenther, who held the same role with the Bengals from 2014 to 2017. He'll also join forces with wide receiverAntonio Brown, with whom he has a rocky history.

It started in the 2015 playoffs, when Burfict was suspended three games for a helmet-to-helmet hit on Brown during an AFC wild-card game. Brown ended up with a concussion and didn't play for the Steelers for the rest of the postseason.

Then this past season, Brown caught a pass over the middle and was tackled by two Bengals defenders when Burfict flew in with his right elbow, connecting with the receiver's upper body and head area. Brown was down on the turf for a few seconds and then was evaluated by the team on the sideline, before re-entering the game. Afterward, Brown called it a "nasty hit."

The play, as well as another one during that game involving Steelers running back James Conner, led to $112,000 in fines that week for Burfict, who has been fined more than $415,000 in his career.

On a conference call with media after the deal was announced Tuesday, Burfict downplayed any lingering tension between the two players.

"We're on the same team," Burfict said. "It's one goal. It's all positive, man. He's a great player. ... I'm going to approach him just like I do all my other teammates. ... There's nothing negative here. We're on the same team. We're trying to win a championship here.

"Honestly, we might be the closest friends on the team, you know what I mean? So, just got to go along with it, and I can't wait to meet him."

Brown, who was traded to Oakland earlier this month, tweeted later that the two had spoken.

Guenther's ties to Burfict date back to the linebacker's rookie season in 2012, when Guenther was his linebackers coach. Burfict had one of the best seasons of his career in 2013, when he made his only Pro Bowl.

Guenther took over as Cincy's defensive coordinator in 2014, and he has been one of Burfict's biggest supporters throughout his career, defending him publicly after several of the linebacker's fines and suspensions. A source said the Raiders inquired about trading for Burfict last year because of Guenther's ties to him, but the Bengals said Burfict was not available.

Guenther clearly didn't give up, and Burfict was in the Raiders' facility and signed within 24 hours of his release from Cincinnati. Burfict told reporters that after his release from the Bengals he called his mom and thenGuenther.

"He didn't pick up. I think I called him seven times straight," Burfict said, laughing.

Last season, Burfict had 33 tackles in seven games with the Bengals, but he missed several contests because of injuries, including a hip issue and two concussions toward the end of the season. He was suspended for the first four games of 2018 after violating the NFL's substance-abuse policy.

Asked about his health Tuesday, Burfict said he feels good.

"Some of the concussions, I passed the concussion protocol," he said. "Sometimes the team actually told me to stay in the locker room, that I couldn't go out there because the replay was bad. I can't fight the trainers. I have to do what they say. Football is a dangerous sport like that, but I'm totally fine. I got my physical and I passed it, otherwise I wouldn't be signing with the Raiders if I wasn't good." 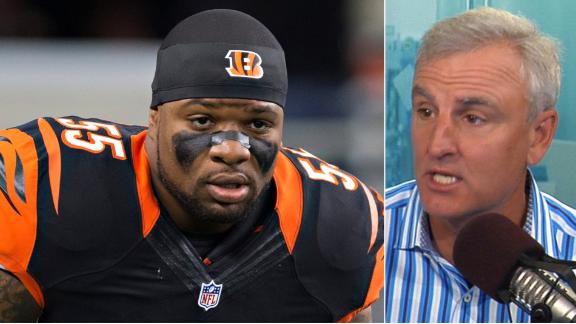