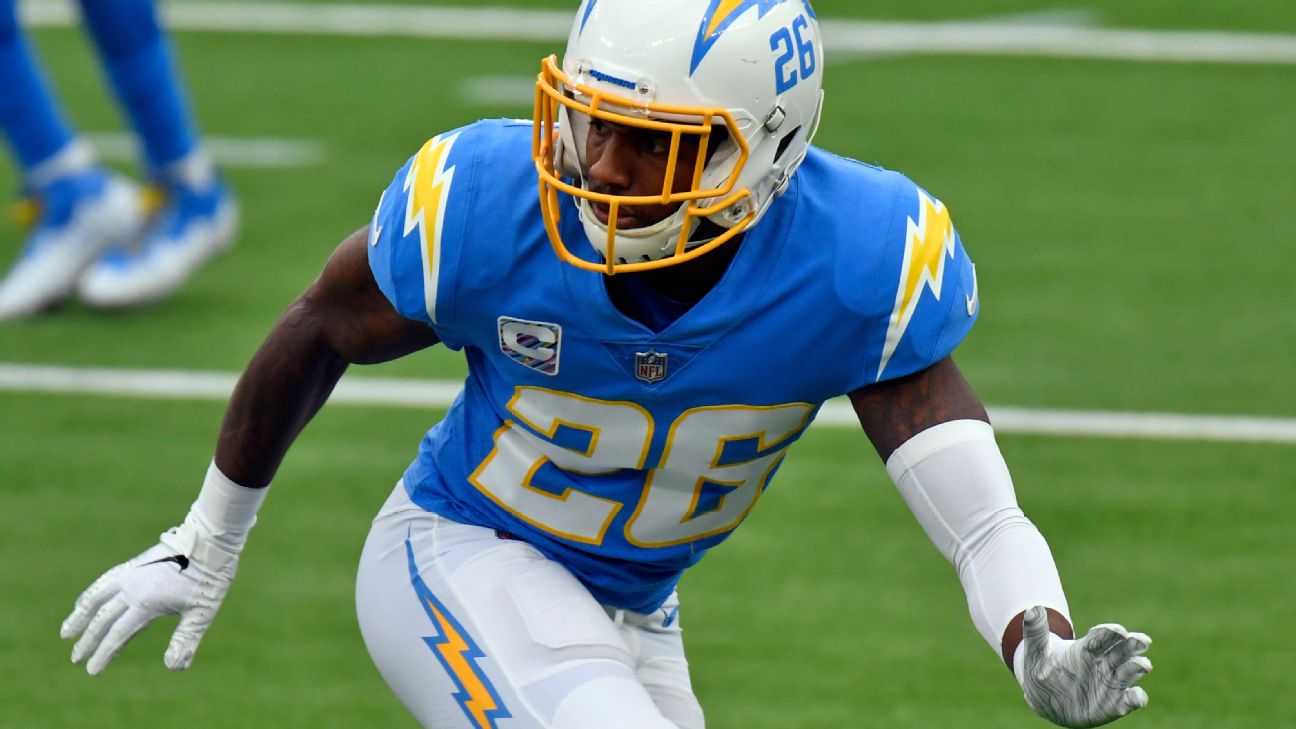 
The Raiders on Wednesday moved on from one of their veterans in the secondary, releasing safetyJeff Heath, who appeared in 13 games with five starts last season and had three interceptions after signing with the team as a free agent. The move created $3.15 million in salary cap space.

The signing could mean the Raiders will not move on another veteran free-agent cornerback in Richard Sherman, who has also been linked to Las Vegas.

Hayward, 31, appeared in 14 games last season, making 13 starts. He finished with an interception and eight passes defended. He was inactive for the Nov. 29 game atBuffalo, snapping a streak of 107 consecutive games played.

During his five seasons with the Chargers, Hayward had 66 passes defensed, which led the AFC during that span. He led the NFL with seven interceptions in 2016 and was selected to the Pro Bowl in 2016 and 2017.


He has 23 career interceptions, though only three in his past three seasons combined.

The Raiders also signed cornerback Rasul Douglas on April 19 and safety Karl Joseph, a first-round pick of the Raiders in 2016 who spent last season withCleveland, on April 9.