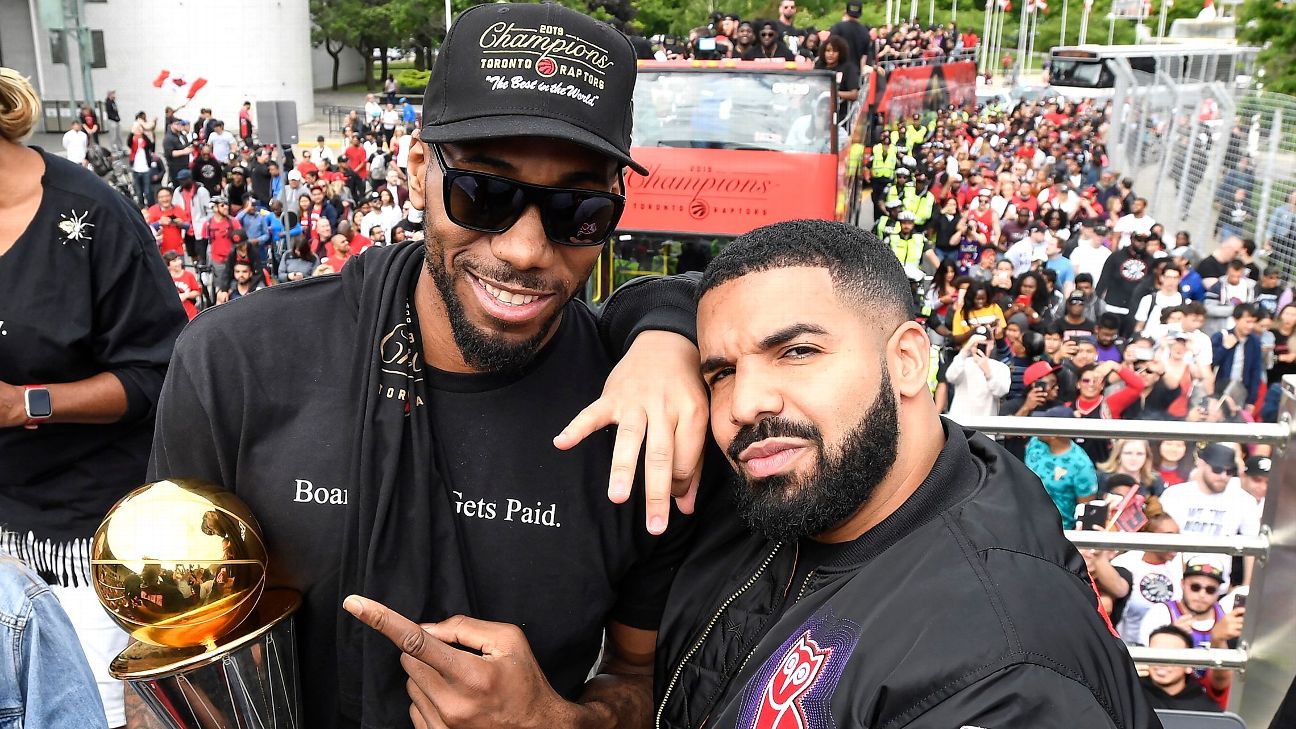 At long last, Drake's new album, "Certified Lover Boy," has been released. With Drake's ever-shifting sports fandom and ubiquitous presence at sporting events, the sports world has been buzzing since the album finally dropped around 1 a.m. ET Friday.

That song is one of 21 tracks on the album, which features Jay-Z, Lil Wayne, Rick Ross, 21 Savage, Future, Ty Dolla Sign, Young Thug and Kid Cudi.

Actress and Food Network chef Ayesha Curry, the wife of Golden State Warriors star Stephen Curry, appears to get a mention in "Race My Mind." Steph was there to tweet his applause.

Drake used a billboard in his native Toronto to tout Lil Wayne's appearance on the album. Tampa Bay Buccaneers quarterbackTom Brady, never one to be left out of something happening on Twitter, used his own "billboard" to say he wasn't on the album but offered his congratulations.


But it was Atlanta Hawks star Trae Young who took his appreciation for the album and escalated things.

With Jay-Z from New York, perhaps this is Young continuing his trolling of New York fans -- which began after the Hawks knocked the New York Knicks out of the NBA playoffs. After being called out by Donovan Mitchell and fans online, Young quickly clarified.

Drake also got a shoutout from his hometown team, the Toronto Raptors. Drake is a "global ambassador" for Toronto and even got a ring when the Raptors won an NBA title.