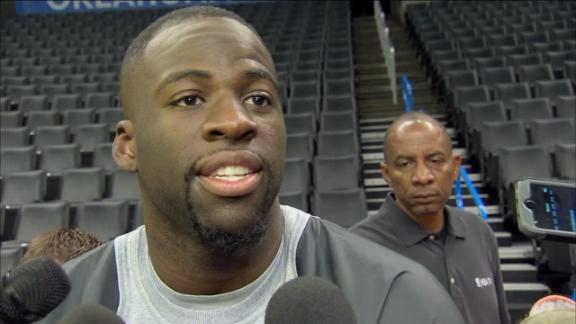 OKLAHOMA CITY -- Golden State Warriors All-StarDraymond Green repeated his assertion that his kick to the groin of Oklahoma City Thunder center Steven Adams was accidental, while also pushing back against Thunder point guardRussell Westbrook's statement that he thought Green's kick was intentional.

"You know, Russell [Westbrook] said I did it on purpose, but he's a part of the superstar group that started all this acting in the NBA," Green said Monday before the Warriors'practice in Oklahoma City. "I didn't. So, I sold the call. [The official] called me that way. I sold the call."

Westbrook responded to Green's comment on "acting" by telling reporters he doesn't even know how to flop.

"I've never been fined for one flop since I've been playing in the NBA ... I don't know how to flop," he said. "Seems like he was the one flailing and kicking his legs out yesterday. It wasn't me."

Westbrook said he wasn't surprised Green brought his name up, saying Green was trying to take the heat off himself.

"I said, 'Scott, how am I getting a flagrant because my leg went in the air trying to follow through on a shot?' He said: 'Draymond, I'm not saying it's intentional. Honestly, I don't think it was intentional at all. But, you caught him in the groin area, so I have to give you a flagrant,'" Green said. "I didn't argue it. I said, 'OK, that's understandable.'"

Green is awaiting word from the NBA on whether his Flagrant 1 will be upgraded to a suspension. Green said that the prospect of being suspended "sucks" but acknowledged that there is "nothing I can do about it."

The kick occurred with 5 minutes, 57 seconds remaining in the second quarter of Game 3 of the Western Conference finals on Sunday. Oklahoma City routed Golden State 133-105 to take a 2-1 series lead over the top-seeded Warriors.

When asked if he's "bracing for the worst" in terms of punishment, Green said he was not.

"Russell Westbrook kicked me at the end of the half," Green said. "He just didn't happen to catch me where I happened to [catch] Steve Adams at. So, no, I'm not bracing for the worst."

Adams, who said he was a "bit sore," said he will consider wearing a cup "due to the consistency of the hits."

"I didn't see the Dahntay Jones incident, but from what I heard, is he punched him," Green said. "If I come punch you in your head, I probably did that on purpose, because I'm going to intentionally use my arm. I don't think you can ever really compare a leg to an arm.

"You know, there's multiple plays where -- I did it later in the game -- where I got fouled and my right leg went up. I always do it."

Warriors coach Steve Kerr was asked about the incident and another in Game 2, where Green's knee struck Adams' groin on a drive.

"I don't understand the argument that this has happened twice," Kerr said. "He went up for a shot. I don't think you can equate the two. When you go up for a shot and a guy's challenging, that happens all the time. So this is not like, he did this twice. I don't agree with that."

"I was doing TV two years ago when Serge clocked Blake Griffin on an offensive rebound," Kerr said. "He just punched him. There was frustration, and those two have gotten into over the years, I know. It's a competitive game -- guys are talking trash out there.

"You know, it's high-level intensity. There's frustration. Like I said, there's also a lot of flailing. A lot of flopping. This league is rampant with flailing with arms and legs trying to draw fouls. Every game you watch, guys are doing that. And sometimes that can lead to contact. It's all part of it."

"He tried to sell it," Kerr said of Green. "He kicked his leg up. To me, it's no different from Westbrook kicking his legs out on the 3s when he feels like there's contact." 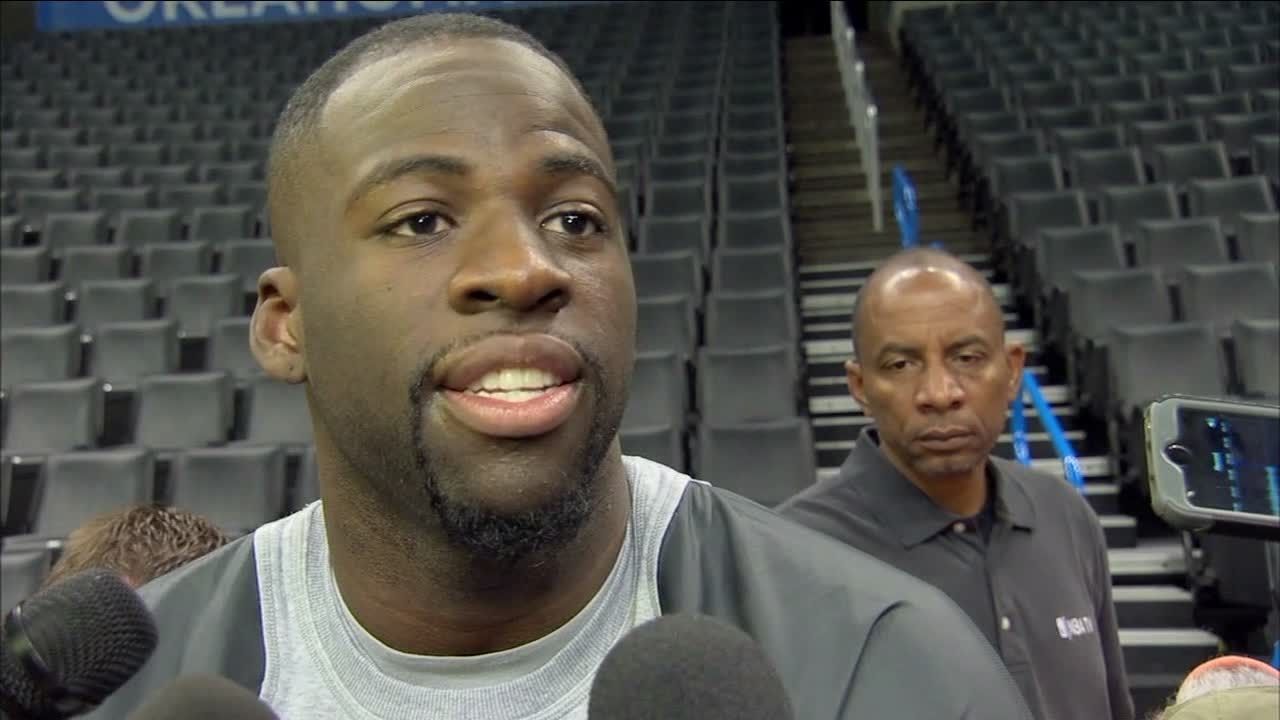 Draymond Green not fearful of suspension
Warriors forward Draymond Green says he's "not bracing for the worst" for kicking Thunder center Steven Adams in the groin, and responds to Russell Westbrook's comments calling him out for his actions.

Was Green's kick intentional?
Draymond Green reacts to kicking Steven Adams below the belt and says, "I didn't know I hit him." Russell Westbrook disagrees and says, "It looks intentional to me."

Kerr: Green kick looked inadvertent
Steve Kerr tells reporters he felt Draymond Green accidentally kicked Steven Adams in the groin area and that the league should rescind the flagrant foul 1 that was assessed to Green on the play.

Adams takes kick from Green below the belt
Draymond Green drives to the basket, jumps up and gets fouled by Steven Adams. On the way down, Green kicks Adams below the belt, which earns him a flagrant-1 foul.
Related topics:
sportsespnoklahoma city thundergolden state warriorskickdraymond greensteven adamsgroinrussell westbrooknbasuspension
Copyright © 2020 ESPN Internet Ventures. All rights reserved.
More Videos
From CNN Newsource affiliates
TOP STORIES
CA mother with infant twins homeless after being evicted