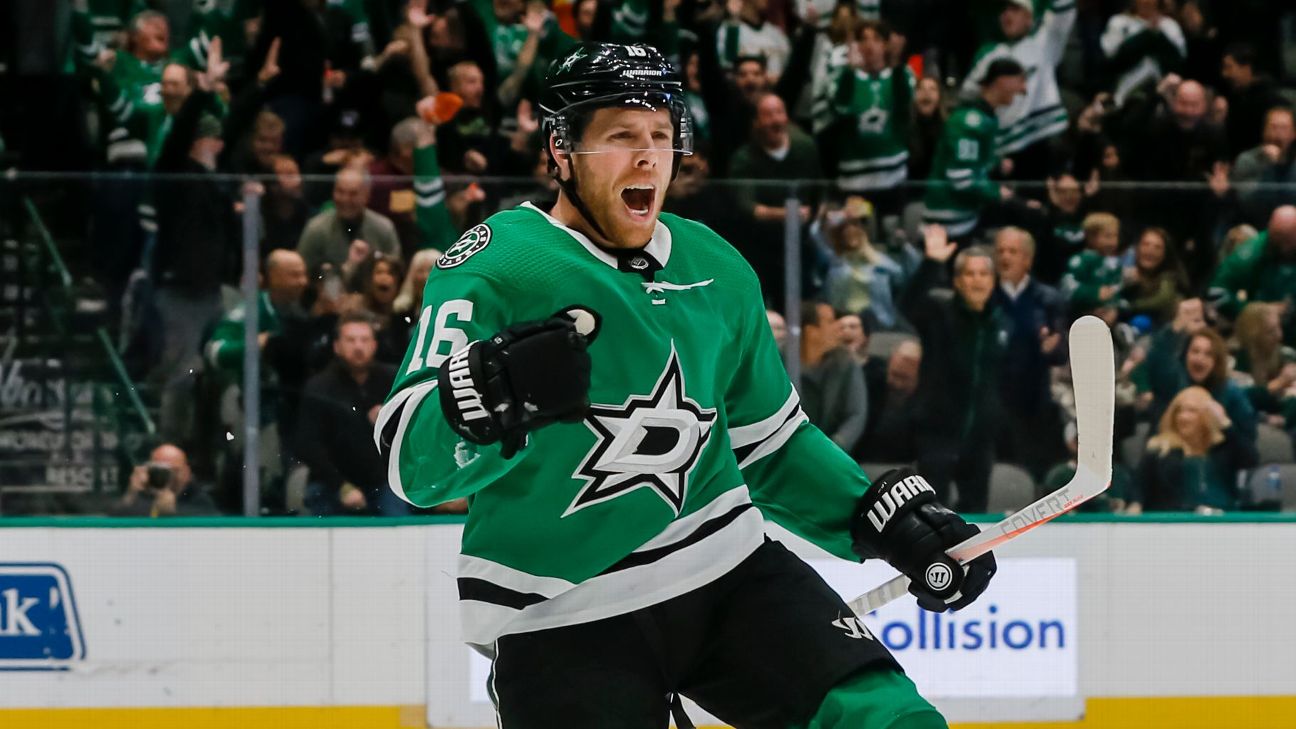 SAN JOSE -- Joe Pavelski admits it's going to be awkward. There's no other way for him to feel as he returns to San Jose as a member of the Dallas Stars, months after his hopes of remaining with the Sharks were dashed.

"I always had a feeling that something would probably work out. Until it didn't, I didn't have any reason to think it wouldn't," said Pavelski, the former San Jose captain who signed a three-year, $21 million deal with Dallas after the Sharks let him walk into free agency.

He said it'll be odd to watch from the visiting bench as the home team skates through a smoking shark's head to start the game. "I think it'll be weird. Probably seeing the jersey will be the hardest part. It'll be awkward in a lot of ways," he said.

Pavelski's current team and former team are headed in opposite directions. The Stars are second in the Central Division with 56 points in 44 games, having won six in a row. The Sharks are third from the bottom in the Western Conference with 44 points in 46 games, and are 4-4-2 in their past 10 games.

The Sharks and Pavelski were in the Western Conference finals last season, a postseason that saw him become an inspirational leader after coming back from a concussion in Game 7 of the opening round against Vegas. He's stunned by San Jose's tumble in the standings, which led to the dismissal of coach Peter DeBoer last month.

"I am. It's a situation that you can never predict, especially in the NHL right now. You always think you have it figured out. Tough start, and they claw their way back and they stumble again," he said.

"I am surprised they're struggling a little bit. I would have thought they'd be a little bit more successful this year. But that's just the way it goes. There are just teams like that."

The Stars and Sharks are scheduled to face off at 10:30 p.m. ET/7:30 p.m. PT (ESPN+) on Saturday night. Pavelski will be honored at the game for his time in San Jose, and injured captain Logan Couture let it slip on Twitter that a Rolex watch will be part of it.