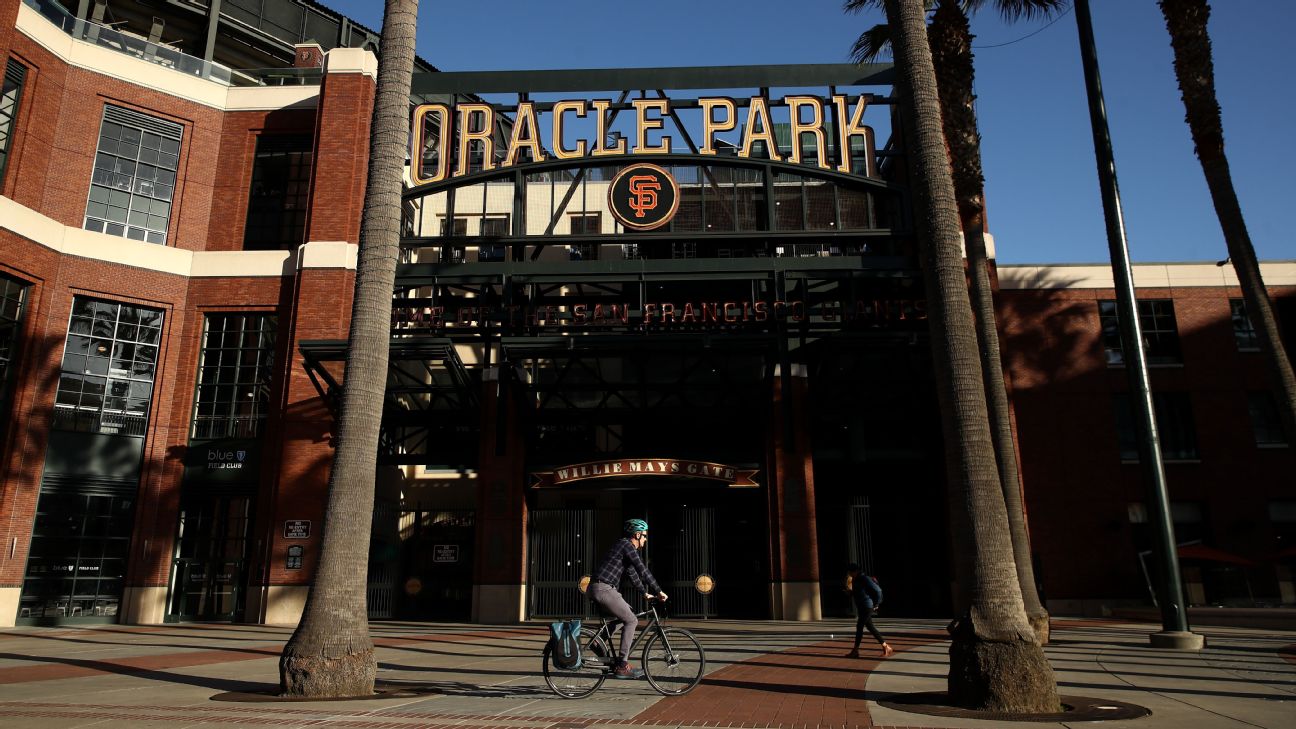 The San Francisco Giants' owners and executives are pledging an additional $700,000 in personal donations to support game-day employees who aren't working with the baseball season postponed because of the coronavirus.

President and CEO Larry Baer said Wednesday the club will also reach out to players about contributing. Major League Baseball announced last month that each of its 30 teams would commit $1 million to pay event staff.

Baer and team vice president and general counsel Jack Bair shared details of the Giants' plan. It strives to support those who serve the fans, "which is the lifeblood of our sport and business," Baer said.

The Giants established two benefit programs. Each worker employed by outside companies and vendors, such as those at concession stands, parking attendants and on-site retailers, will be entitled to a one-time grant of $500 -- and about 2,000 people are expected to accept it.

The other 1,300 people who work directly for the club in game-day operations will receive the $500 and also be part of an ongoing plan that will pay them between $100 and $250 per month based on tenure and hours worked last year for the team. Those employees are being encouraged to apply for unemployment benefits.