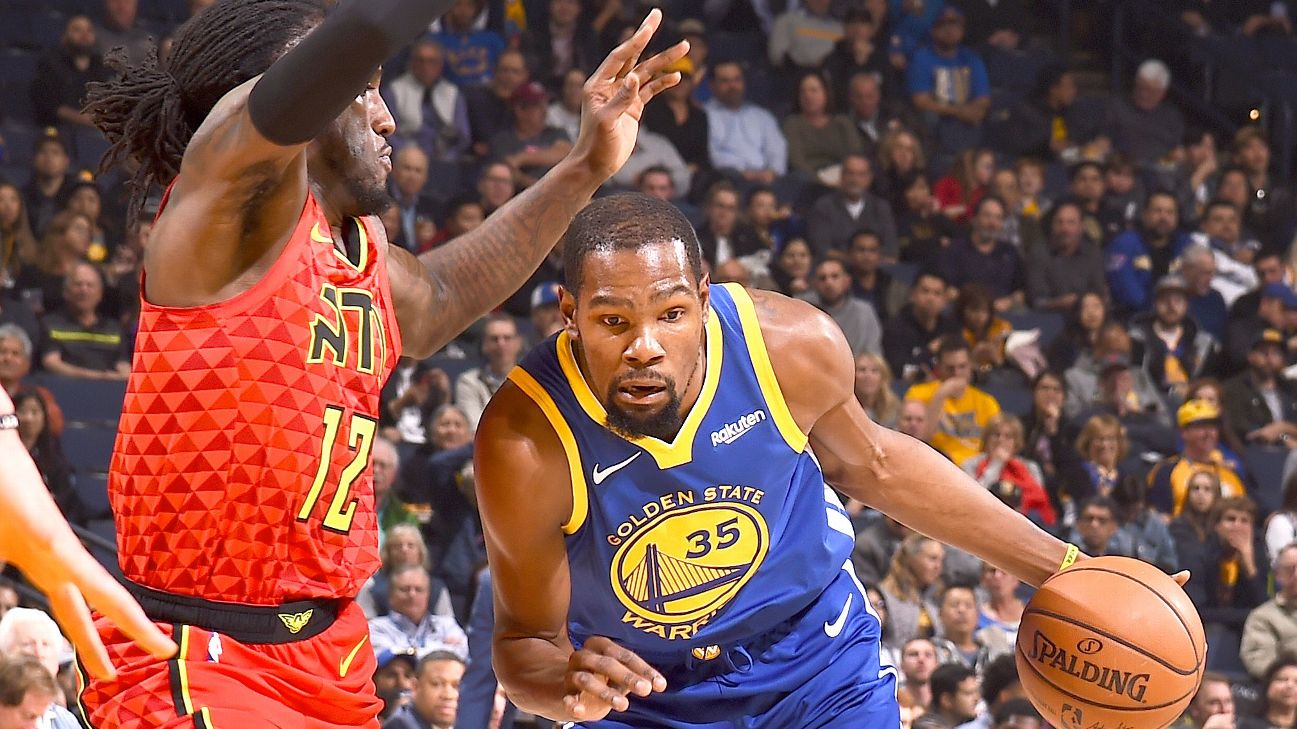 ESPN
By Nick Friedell
OAKLAND, Calif. -- Kevin Durant said he and Draymond Green have not been able to hash out any issues that might be lingering after a verbal altercation during and after Monday night's overtime road loss to theLA Clippers.

TheGolden State Warriorssuspended Green without pay for Tuesday's game against the Atlanta Hawks for conduct detrimental to the team.

After not speaking to the media Monday night, Durant offered short answers while discussing the suspension and his relationship with Green, following Tuesday's 110-103 home win over the Hawks. Durant said he believed that he and Green would be able to discuss what happened at some point.

Green was expected back for the start of a three-game Texas trip that begins Thursday against the Houston Rockets.

"I'm sure it will," Durant said when asked if the situation with Green could be resolved. "We've got a long season ahead."

When asked if he felt Green crossed a line Monday night, Durant said he didn't want to get into specifics.

"I'm gonna keep that in-house," Durant said. "That's what we do here. I mean, obviously I know you guys got a job to do, but I'm not trying to give nobody no headlines. What happened, happened. We're trying to move on -- just trying to play basketball."

Was he surprised by Green's suspension?

The tenor of Durant's comments came on the heels of a strange night inside Oracle Arena that started before the game when Warriors general manager Bob Myers and coach Steve Kerr tried their best to downplay the incident.

"Draymond is always going to be who he is," Kerr said before the game. "Draymond is a powerful force. You guys know that. He's a huge reason why we've had so much success here, and Draymond is going to continue playing the way he plays, and I don't see him operating any other way."

As Durant spoke after the game, it was clear the bruised feelings between both men had not yet been healed. When asked to describe his friendship with Green, Durant was cool in his tone and response.

"I don't even think that even matters at this point right now," Durant said. "We just had a game. Anyone want to talk about the game?"

Durant had 29 points, 6 rebounds and 3 assists in Tuesday's victory. It remains unclear whether the episode will have any lingering effects on the group. Like many within the organization, Durant isn't sure whether this incident will make the group stronger in the long run.

Durant said it was strange to be out there without Green next to him on the floor.

"I mean, his presence has been a part of this team for a while," Durant said. "Even before I got here. You know, he's been a huge staple in this organization. So, obviously it's definitely weird not having him around ... and just ... everything that went down. But that's what happens. S--- happens in the NBA. I just try to do my best to move on and be a basketball player.

"I don't got nothing else to do but to be the best player I can be every single day. I try not to worry about nothing else."

Kerr said he was pleased with the way his team handled the emotions of the day in the aftermath of Green's suspension.

"Proud of them," Kerr said. "Not an easy game with a back-to-back. Just coming in a little fatigued, a little emotionally spent, and we had to grind it out. Proud of the guys. It wasn't our best game, but it was a good effort and we stayed solid."

Warriors All-Star swingman Klay Thompsonsaid he believed winning would cure all the issues off the floor for his group.

"A win on Thursday," Thompson said. "And a win on Saturday and Sunday. Once we go on a little win streak [the Green-Durant situation] will not matter. And this will be in the past like a ponytail."

Thompson said he believed Durant and Green would eventually be able to work through their issues.

"They're grown, they'll be fine," Thompson said. "I love both of those guys, and at the end of the day, we're on the same team, with the same goal, and that's the three-peat. I don't think either of them will lose sight of that, whether it's personal agenda or whatever. I think we'll get far past it, and we'll get to that goal eventually, hopefully."

Warriors All-Star guard Stephen Curry missed his third straight game because of a strained left groin. The Warriors said they would have an update on his status Wednesday. 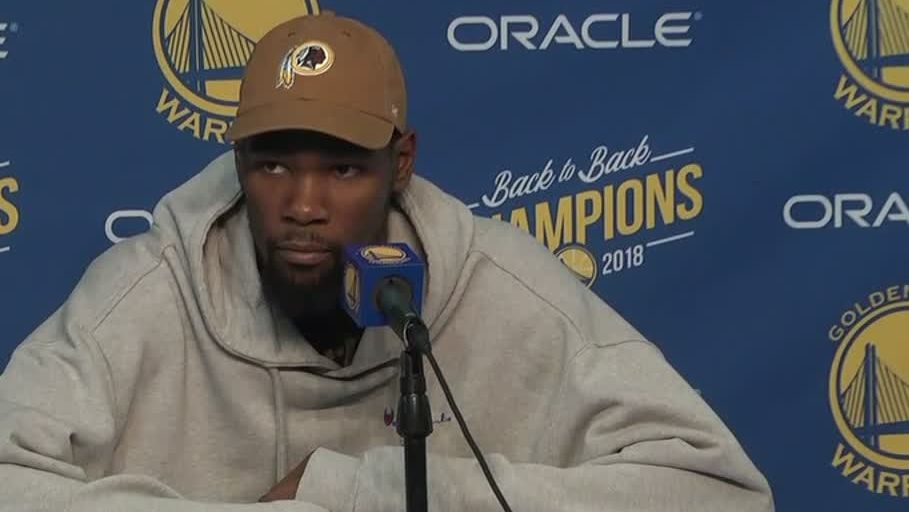 Durant on Draymond incident: 'What happened happened'
Kevin Durant explains how he is trying to move on from his incident with Draymond Green and says he is sure he will hash it out with him eventually.
Report a correction or typo
Related topics:
sportsespngolden state warriorsdraymond greenlocker roomin housekevin durantnba
Copyright © 2020 ESPN Internet Ventures. All rights reserved.
More Videos
From CNN Newsource affiliates
TOP STORIES