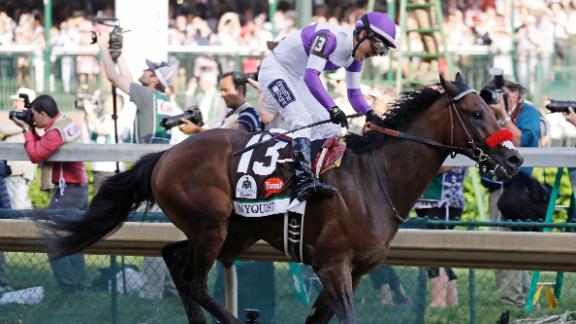 LOUISVILLE, Ky. -- The racing world wondered if there was a worthy successor to last year's Triple Crown champion, American Pharoah.

The bay colt who lacks any distinctive markings won the Kentucky Derby by 1 lengths Saturday and improved to 8-0 in his career as he became the fourth consecutive favorite to win the race.

"We got a beautiful trip from the start to the end," Gutierrez said.

Nyquist delivered a second Derby win for Gutierrez, trainer Doug O'Neill and owner J. Paul Reddam. They were the team behind 2012 Derby and Preakness winner I'll Have Another, who was scratched on the eve of the Belmont with a tendon injury that denied him a shot at the Triple Crown.

"This is such a special horse," O'Neill said of Nyquist. "You can see it in his eye on a daily basis, and he's such a professional. Any human sport, he'd be the top-notch athlete. He's just first-class.''

Asked how this win compares to the one four years ago, O'Neill told ESPN, "Better second time. I'm more mature. 2012 was a blur. This is very sweet."

Nyquist enjoyed a perfect trip over the Churchill Downs dirt in front of 167,227, the second-largest crowd in Derby history. The 3-year-old colt broke well out of the 13th post and showed some early speed getting away from the gate. Gutierrez eased Nyquist back to let speedster Danzing Candy take the lead going into the chaotic first turn.

"His run was awesome," Reddam said. "Obviously, we were going to take it to 'em. I love the way that we fired out of there, and he sat behind Danzing Candy. This horse, he's really something. We're just really lucky to be a part of that."

Nyquist stayed just off the lead, and Gutierrez kept him in the clear by steering him to the outside on the final turn. Nyquist and Gun Runner overtook tiring leader Danzing Candy at the top of the stretch.

"I thought I had it for a minute," said Florent Geroux, aboard Gun Runner. "He started pricking his ears back and forth at the top of the stretch."

But Gun Runner was in front only briefly before Nyquist showed a strong finishing kick. He put his closest rival away and sped to the finish line, with Exaggerator closing but never threatening after coming from well back.

Exaggerator fell to 0-4 against Nyquist, including two runner-up finishes under the brother team of trainer Keith and jockey Kent Desormeaux.

"What a horse," Keith Desormeaux said. "I can't respect that horse enough."

All week, optimism filled the air in O'Neill's barn. The humans took their cues from the horse. Nyquist settled right in and took an obvious liking to his surroundings.

"You just felt there was no way you could be nervous because you just felt like you were going in the gym with Kobe Bryant," O'Neill said. "You just knew he was going to figure out a way to pull it out at the end, and he did. Mario gets a lot of credit too. What a ride, what a ride."

Nyquist began Derby day with a visit from the Stanley Cup, which he playfully took a nibble at. Fitting, as he is named for Detroit Red Wings centerGustav Nyquist. Reddam is a fan of the NHL team, and O'Neill was born in Michigan.

The bay colt is from the first crop of sire Uncle Mo, who never got the chance to run in the Derby after being the early favorite for the 2011 race. He was scratched the day before because of a stomach illness. Uncle Mo had two other offspring in this year's race: Mo Tom and Outwork.

"Congratulations to Nyquist. He's still undefeated," said Kiaran McLaughlin, who trains Mohaymen. "He's a star. I don't know about the Triple Crown, but we'll have a great year."

"He came away from there OK, and he got a good spot going into the first turn," Baffert said of Mor Spirit. "Then it just didn't happen from there. He didn't engage. He just didn't have anything to fire for the finish."

Last year, American Pharoah became racing's first Triple Crown champion in 37 years. The sport has had only one pair of back-to-back Triple Crown winners, Seattle Slew in 1977 and Affirmed in 1978.

Now Nyquist is the horse in position to replicate the feat, with the Preakness Stakes up next on May 21.

"I think he's silenced all his critics ... until they say why he can't win the Preakness," Reddam told ESPN. "I'm confident because Doug has confidence. ... He's like driving a Ferrari."

Ahmed Zayat, the owner of American Pharoah, did not have a horse in the Derby and was at home in New Jersey on Saturday. He was impressed with Nyquist and would like nothing more than to see the colt join the Triple Crown club.

"What a horse. Awesome," Zayat said Saturday night. "So proud of team O'Neill, and many congrats to my friends the Reddams. Let's have another Triple Crown back-to-back. Wouldn't that be special."

John Avello, the director of Wynn and Encore's race and sports operations, set the "yes" at plus-200 and the "no" at minus-240.

Asked about unfinished business entering the Triple Crown campaign, O'Neill said American Pharoah showed that with a special horse, anything is possible.

Information from ESPN's Ben Fawkes and The Associated Press was used in this report. 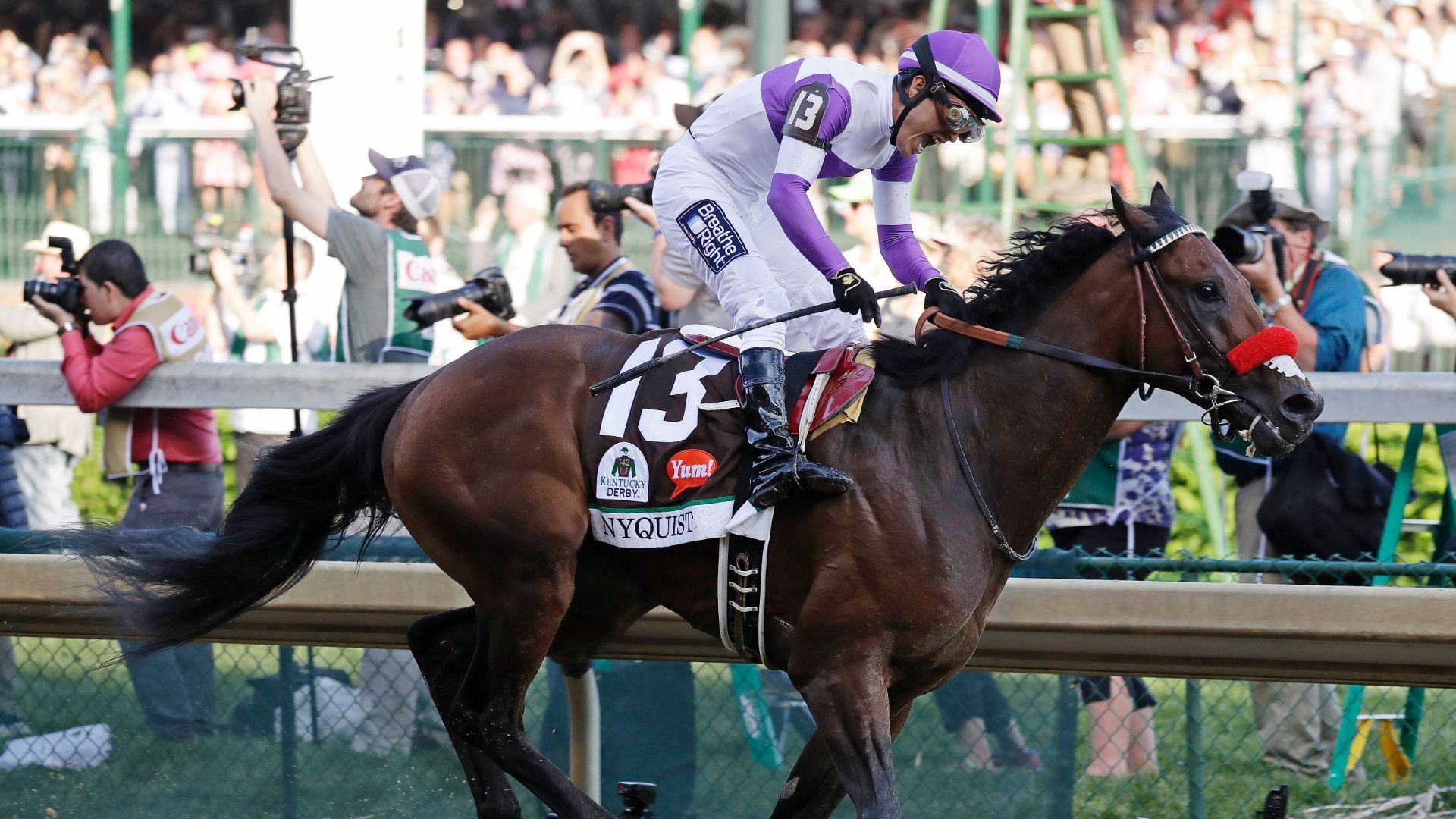