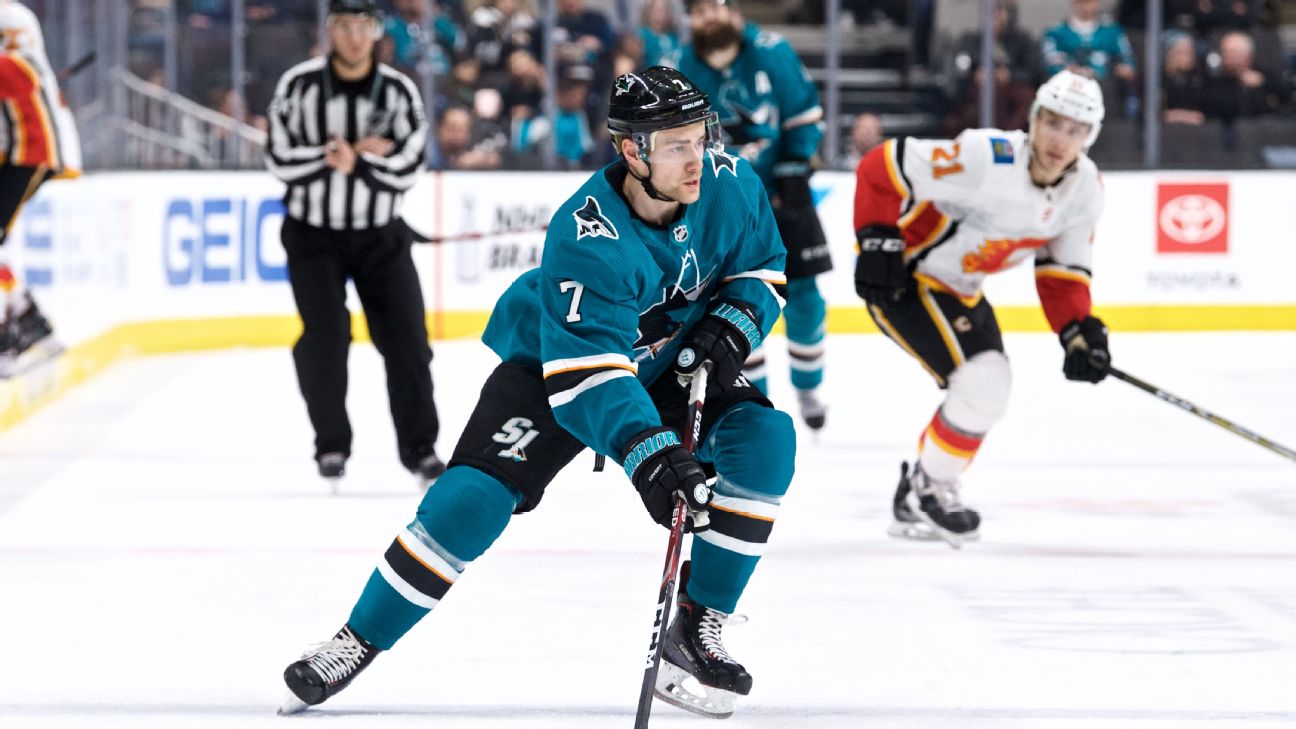 OTTAWA, Ontario -- The Ottawa Senators acquired center Dylan Gambrell from the San Jose Sharks on Sunday night for a 2022 seventh-round draft pick, adding some depth in the middle after a string of injuries.

Gambrell, the 25-year-old former University of Denver player selected 60th overall by San Jose in 2016, had an assist in three games this season for the San Jose Barracuda in the American Hockey League. He has 10 goals and 13 assists in 110 regular-season games in parts of four seasons in the NHL.


"Dylan's a player whose progress we've monitored since his collegiate career at the University of Denver," Senators general manager Pierre Dorion said. "He's a good-skating center, a strong checker and a responsible penalty killer."


"We have a void at center on account of some recent injuries and Dylan will help us with that need," Dorion said.